Marilyn Shapiro: Tussle at the pool—WWE one; Marilyn zero 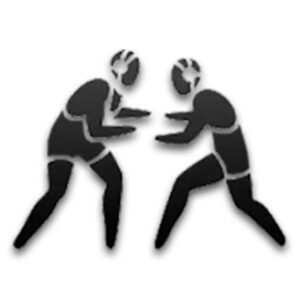 By MARILYN SHAPIRO
It was 7 a.m. Monday morning, and I was at our community pool to do my hour of swimming. I said hello to the one other person in the pool.

“Hi, Marilyn,” she said. “Were you here on Friday for the big fight?”

“The f-f-ffight?” I asked hesitantly. “Yes. I heard two people went at it when one of them wouldn’t move out of a lane. Everyone is talking about it. I am sorry I missed it.”

That Sounds Familiar
Crap! In a 55+ community that thrives on drama, it appears that my confrontation with a fellow swimmer had gone—if not viral—then aquatic!

The day hadn’t started out well. I had overslept and gotten to the pool late. That meant I would soon be competing with all the pool walkers and exercisers who usually were just starting their work-out as I was finishing up my swim.

Initially, everything was going smoothly. The sun was shining. The water was warm. The walkers had arrived, but they were being respectful and keeping the necessary social distancing needed during the pandemic.

A Request
With 10 laps to go, I caught a glimpse through my swim goggles, of an anomaly among the usual sight of grey haired ladies in skirted bathing suits and balding men in their knee length trunks. A giant of a man—over six feet and 250 pounds of pure muscle —waded into the water and stood in the middle of the lane next to me. He was clad in pair of short orange trunks that showed off a huge tattoo over his toned abs. His shaved head and gold earrings glistened in the sun as he started doing a stretch routine. Although not directly in my way, his leg bending and arm swings felt too close.

After paddling past him a couple of times, I stopped mid-lap and asked politely, “Excuse me, but would you mind moving over a couple of feet? I am afraid I might hit you.”

Self-Righteous Swimmer
No matter that he could have been The Rock’s brother. I lost it. “Look,I have been swimming on this line for 50 minutes,” I yelled. “It wouldn’t hurt you to move two and a half &$#$%# feet so I can finish.”

Done with my tirade, I kept swimming, making sure to splash vigorously every time I went past him. I was going to show him who was boss!

When I finished my laps, I climbed out of the pool and, taking off my cap, goggles, and fins, I began drying myself off with a towel.

My friend Pat who had just arrived with her husband for her pool walk, greeted me.

“Good morning, Marilyn! How are you doing today?”

Another Side?
I pointed to the Adonis in the water.

“Adonis” began defending himself. “Hey! I didn’t do anything! I try to be respectful to my elders! Everyone heard and saw what you did!”

“Him?” she exclaimed. “Why, that’s Dom! He’s my neighbor and he is really nice!”

“Well, not today!” I grumbled.

At that moment, my friend Sharon, who had overheard Pat’s comments, splashed over to put in her two cents.

Okay, he may have been a little too close, but I was wrong. I took a deep breath, put down my towel, and jumped back into the pool. By this point, all the people in the pool were watching the drama between me and my sparring partner.

Apology
“I want to apologize,” I said.” My language and splashing was inappropriate.”

“I’m Marilyn,” I said, grabbing his hand in return. “Nice to meet you.” I shared with him that I swam laps every Monday and Friday and always stuck to the lines to give fellow lappers room. He shared with me that he went to the weight room almost every day and sometimes stretched in the pool afterwards.“Yes, you LOOK like you work out!” I said. “You are really strongly built.”

“WWE? As in World Wrestling Federation?” I gasped. “You mean I went up against a WWE wrestler?”

“Yes, but I won’t hurt you. As I said before, everyone has a bad day.”

I was climbing out of the pool when I stopped and turned around.

Unintended Insult
“Hey, Dom! I do take umbrage with one of your comments,” I said. “You said you were respectful of your ELDERS. How old do you think I am?”

“And you swim an hour each day?” he asked.

“I alternate it with 20 mile bike rides or 5 mile walks,” I said proudly.

Wow! A WWE wrestler was impressed with me!

So on that equally sunny Monday morning, I had to deal with my new notoriety. I shared the entire Friday Morning SmackDown episode with Mary as she interrupted with gales of laughter.

“I shouldn’t have lost my temper,” I told her. “I apologized! I”m even going to bake a challah and drop it off at his house as a peace offering!”

Marilyn Shapiro, formerly of Clifton Park, is now a resident of Kissimmee, Fla. A second compilation of her articles print- ed in The Jewish World has been published. Tikkun Olam now joins There Goes My Heart. Marilyn Shapiro’s blog is theregoesmyheart.me.