Whether or not she takes the crown on the season finale this Friday, Sasha Velour is among the most noteworthy Jewish contestants to date. Who are the others? 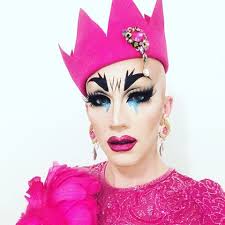 For those of you who don’t watch RuPaul’s Drag Race, you’re missing out on the best show on TV. Somewhere in between guilty pleasure and subversive art lies the competition to find American’s next drag superstar. And where there’s art and queerness there are Jews, right? Right.

One of this season’s Jewish contestants, Sasha Velour, has made the final cut, and we’ll find out on June 23 if she will take crown. Her given name is Sasha Steinberg, and though her mother isn’t Jewish, she identifies strongly with her father’s faith. “Identity for Jews like us was shaped by cultural practices and family traditions rather than allegiances of place or language or class, because those things continued to be redefined for us,” she toldThe Forward in 2015. “Drag operates along similar lines. As a drag performer, my identity exists in music, art and fashion, not in any one ‘language’ of gender or ‘appearance.’ ”