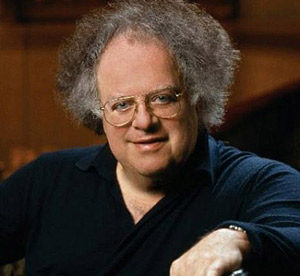 NEW YORK CITY (JTA) – The Metropolitan Opera has announced that it has “terminated its relationship” with conductor James Levine after an investigation found “credible evidence” that he had engaged in “sexually abusive and harassing conduct.”

The Met had suspended Levine in early December after reports that first appeared in the New York Post that Levine allegedly molested an Illinois teenager from the time he was 15 years old for several years beginning in the mid-1980s, according to a report filed with the Lake Forest, Illinois, Police Department in October 2016.

The Met in its announcement of Levine’s firing on Monday did not release any specific findings of its investigation, but said it included interviews with 70 people, The New York Times reported. The statement also said the investigation had “uncovered credible evidence that Mr. Levine engaged in sexually abusive and harassing conduct toward vulnerable artists in the early stages of their careers, over whom Mr. Levine had authority.”

The alleged abuse reported in October 2016 began in 1985 when Levine was guest conductor at the Ravinia Music Festival near Chicago. The accusation came nine years after the statute of limitations on a child sex crime in Illinois had expired.

The Met had known about the accusations since the October 2016 police investigation was opened, Peter Gelb, the general manager of the Met, told The New York Times in December. The newspaper also reported in December that rumors about Levine and sexual abuse have circulated for decades. Recently, the newspaper reported on four other young men who in on-the-record interviews said they were abused by Levine.

Levine has denied the accusations.

A violin once owned by Einstein sells for over $500,000
Finally calling a hate crime — a hate crime in France