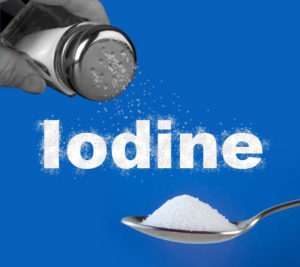 JERUSALEM (JTA) — Israel’s first-ever national survey of iodine levels in the population revealed widespread deficiencies, which could mean millions of children are at risk of stunted development. The survey, whose unpublished results were recently presented to endocrinologists in Ramat Gan, found that 62 percent of school-age children and 85 percent of pregnant women have iodine levels below the World Health Organization minimum.

Desalination Is Blamed
According to the researchers behind the survey, Israel appears to have one of the highest rates of iodine deficiency in the world. The national health problem is likely related to Israel’s world-leading use of water desalination, they said.

“We could be talking about a significant detriment across the population,” Dr. Aron Troen, a nutritional neuroscientist at the Hebrew University of Jerusalem who helped lead the survey, told JTA. “For anyone below the minimum level, you may lose 7 to 10 to 12 IQ points, which translates into a huge decrease in GDP due to reduced productivity.

Widespread Problem
“We are concerned that increased reliance on desalinated water in the Israeli food chain is contributing to iodine insufficiency in the population.”

Even mild iodine deficiency can limit intellectual development. In the womb or early childhood, deficiency has been shown to impair brain development and in severe cases cause physical malformation, dwarfism and intellectual disability. Previous studies have found the children of iodine-deficient mothers perform much more poorly in school.