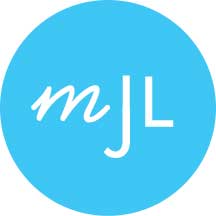 NEW YORK CITY (JTA) –My Jewish Learning is launching a Talmud study series to coincide with the renewal of the Daf Yomi cycle on Jan. 5.

Sometimes referred to as the world’s largest book club, Daf Yomi is a century-old practice of studying a page of the Babylonian Talmud each day. At that rate, the cycle takes 7 1/2 years to complete. Tens of thousands of Jews across the world participate in Daf Yomi every day and the conclusion of the cycle is marked by massive celebrations in Israel and the United States.

The current cycle will conclude on Jan. 4 and restart the following day.

My Jewish Learning’s free daily e-mail series is called A Daily Dose of Talmud and will follow the prescribed Daf Yomi schedule that begins with Berakhot, the first tractates of the Talmud. In keeping with the educational website’s mission to empower Jewish discovery for people of all backgrounds and levels of Jewish knowledge, the e-mail series assumes no prior experience with Talmud study.

“Talmud study is one of the oldest and most important Jewish practices — and one of the most rewarding,” said Ami Eden, the CEO and executive editor of 70 Faces Media, My Jewish Learning’s parent company. “We are honored and humbled to be offering a way in for people of any Jewish educational background.”

Founded in 2003 by the late Edgar Bronfman, My Jewish Learning offers thousands of articles on Jewish religion, history, values, traditions and culture from a nondenominational, pluralist perspective.

My Jewish Learning and JTA are both subsidiaries of 70 Faces Media.

The A Daily Dose of Talmud sign up is at https://www.myjewishlearning.com/get-your-daily-dose-of-talmud/

A movie marathon for all 8 nights of Chanukah
Oh Chanukah, Oh Chanukah, Come light the menorah!