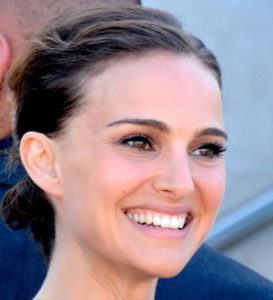 NEW YORK CITY — Natalie Portman, an actress who has been nominated for an Oscar, stars in a new PETA video spotlighting the legacy of maverick animal advocate Isaac Bashevis Singer (1902–1991), who won the Nobel Prize for literature 40 years ago this fall.

“Isaac Singer grew up in the same part of Poland as my family,” says Portman in the video. “And like them, he fled the horrors of the Holocaust. But the cruelties he witnessed made Singer one of the most powerful writers of the 20th century.”

In his autobiographical novel Shosha, the Jewish icon  wrote, “We do to God’s creatures what the Nazis did to us.” In The Slaughterer, which Singer wrote for The New Yorker, he tells the story of a young man who loves animals but is appointed his town’s ritual slaughterer. Tormented by the cruelty of his actions, the slaughterer ponders the roots of violence. Singer wrote, “As long as people will shed the blood of innocent creatures there can be no peace, no liberty, no harmony. Slaughter and justice cannot dwell together.”

“Moby provided music for the video, which was directed by filmmaker Jesse Dylan.

“I think it just really made me aware of how the factory farming world doesn’t let us see what’s going on,” she said recently. “It’s so hidden, and you’re not even allowed to talk about it.”