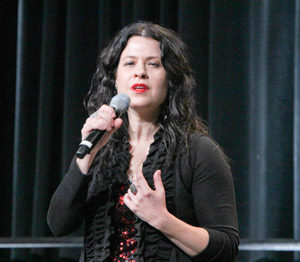 NEW YORK CITY (JTA) – Neshama Carlebach, daughter of the late Rabbi Shlomo Carlebach, in her first public comments since the start of the #MeToo movement said that she is angry with her father over allegations of sexual misconduct but that he was more than just his faults.

Carlebach in a blog post published on The Times of Israel website also stated publicly for the first time that as a child she was sexually molested by “a trusted friend of my father’s, also a rabbi, a fixture in my home,” who she did not name.

The post was part of a larger movement in support of women who were the victims of sexual attacks by prominent men that started with reports of sexual attacks on young starlets and others by disgraced Hollywood producer Harvey Weinstein.

“I Am Also Broken.”
“My sisters, I hear you. I cry with you. I walk with you,” Carlebach wrote. “I will stand with you until that day when the world commits to healing and wholeness for all, for the countless women who have suffered the evils of sexual harassment and assault.”

The post follows new allegations of sexual misconduct against her charismatic father. Carlebach chose not to comment on an extensive article on allegations against her father that previously appeared on The Times of Israel website.

“I acknowledge that who I am – my very name – might make it hard to receive anything I might wish to offer,” she wrote. “Still, our tradition teaches us that silence is consent, and I cannot remain silent in the face of so much pain.

“I am in this conversation. I am also broken. I see, I hear, I witness.”

After Shlomo Carlebach’s death 23 years ago, several women came forward with allegations of sexual impropriety against him. Since the start of the #MeToo movement, more women reportedly have shared their stories. Some synagogues also have begun to consider stopping the use of Carlebach melodies during prayer services, often called “Carlebach services,” The Times of Israel reported.

Asserts: Flaws Are Not Totality
Neshama Carlebach, who also is a popular singer-songwriter in her own right, in her post pledged “to walk through this narrow-bridge world with you, listening to your hearts, hearts that 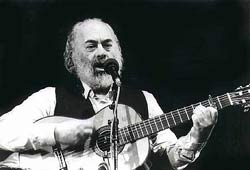 sing with pain and strength, resilience and passion, feelings that resonate to Heaven as loudly as any song I’ve ever sung.”

Carlebach acknowledged the duality of her father’s legacy.

“I’ve watched the music of my father heal someone’s life in front of my very eyes,” she wrote, “and I’ve read of how that very same music has triggered deep pain for others.”

But Carlebach said her father was far more than the sexual assault allegations leveled against him. “I accept the fullness of who my father was, flaws and all. I am angry with him. And I refuse to see his faults as the totality of who he was,” she wrote.

Remembering Aharon Appelfeld, from charnel house to whorehouse to a home in Israel
Israel successfully notified UNESCO about leaving, its Jewish director confirms