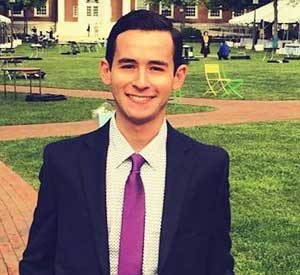 Voter Pattern Change?
Most American Jews have been outspoken in their opposition to current U.S. President Donald Trump, in large measure due to his demeanor towards minorities and his policies on immigration. Yet his strong record on supporting Israel, coupled with antagonism towards Israel from the progressive wing of the Democratic Party, could sway some additional Jewish votes toward the Republican Party.

New Republican Jewish Coalition political director Sam Markstein suggests that voter patterns may be changing. “Today, people understand that President Trump and Vice President [Mike] Pence are among the best friends Israel has ever had,” Markstein told JNS. He predicts that in the coming 2020 presidential election, “the president will continue to outpace previous elections in terms of Jewish support,” adding that recent focus research indicates that greater numbers of Orthodox Jews, as well as a segment of younger Jews, are more likely to vote Republican than older voters.

“A recent poll conducted by AJC [the American Jewish Committee] revealed that nearly 60 percent of people believe that anti-Semitism is a growing problem on college campuses,” said Markstein, suggesting that students may start asking hard questions about which party is doing more to support Israel.

“Growing up, my parents were Democrats,” said Markstein. “They grew up in a time when the Democratic Party was unquestionably pro-Israel. Now, Democrats are calling into question their relationship with Israel.”

Swing States Like Florida
Markstein, the grandson of Holocaust survivors, attended Solomon Schechter Day Schools in New Jersey before attending Johns Hopkins University, where he started Tamid, an organization focused on connecting students on campus to job opportunities related to Israel. Later, he worked on several political campaigns, including the brief presidential campaign of New Jersey Gov. Chris Christie and on the recent senatorial campaign of American businessman Bob Hugin, both Republicans.

While Jews are most heavily concentrated in historically overwhelmingly blue states, such as New York, New Jersey and California, the Jewish vote may certainly have an impact on the outcome of the 2020 presidential election, particularly in Florida.

In one of the most closely contested presidential elections, in 2000 George W. Bush defeated Al Gore in Florida by a mere 537 votes, swinging the entire election in his favor.

More recently, “In 2018, [Republican] Ron DeSantis defeated Democratic candidate Andrew Gillum by fewer than 35,000 votes,” said Markstein. “It was one of the closest elections in the history of the state. We cannot say for certain, but an argument could be made that the Jewish vote in Florida made the difference in that election.”

In 2016, Trump received little more than 49 percent of the total vote in Florida, with Democratic contender Hillary Clinton receiving a little less than 48 percent. The difference came to a mere 113,000 votes.

Florida is generally considered to be one of the key battleground states, along with Pennsylvania, Ohio, Michigan and Wisconsin. With more than 600,000 Jews now living in Florida, including seniors and a growing number of families, particularly on the Southeast coast, an increase among Jewish voters towards Republicans could have national implications.

“In Florida, where Donald Trump won by 1.2 percent of the vote in 2016, if the Jewish community makes up somewhere between 3 to 4 percent of the vote in 2020, those votes could very well have an impact,” said Markstein. “In a state where elections—at the national, federal, state and local level—are notoriously close, the Jewish community has been and will continue to be a decisive group of voters.”