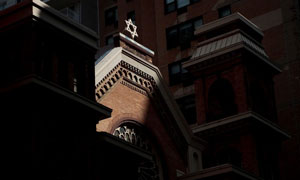 By Sean Collins
Spiked – New York has been the scene of a number of vicious anti-Semitic attacks over the past few weeks. The most shocking occurred in the final days of December when a machete-wielding man barged into a Hasidic rabbi’s home in Monsey (30 miles north of New York City) and stabbed five people who were celebrating Hanukkah.

The visceral terror of the Monsey attack – a lunatic with a machete violating a religious ceremony in a rabbi’s home in the middle of the night – has sparked a wider recognition that anti-Semitic violence has become a serious problem in New York and elsewhere in the US. The past weeks have been especially terrifying for Jewish people, who have been subject to a ‘kind of slow-moving pogrom’, as one observer put it. In the week between the shooting at a kosher supermarket in Jersey City in mid-December, which killed six, and the stabbings in Monsey, there was an attack nearly every day on Jewish New Yorkers.