Opinion: Peter Beinart seeks to denude the Jewish state of its rightful place among the nations. 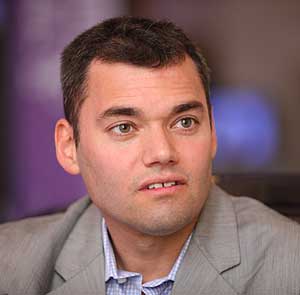 By DAVID M. WEINBERG
(JNS) – The “pope of liberal Zionism,” American Jewish journalist Peter Beinart, has ditched the Jewish state. “It is time for liberal Zionists to abandon the goal of Jewish-Palestinian separation and embrace the goal of Jewish-Palestinian equality” in one unitary state, he wrote in a caustic 7,000-word essay and recent New York Times op-ed article.

One Home?
For Beinart, the Jewish state is a “cancer,” a “dehumanization [of Palestinians] masquerading as realism.”

“The price of a Jewish state that favors Jews over Palestinians,” he rules, “is too high.” And “the notion of a state for Palestinians separated from a state for Jews, has failed.” Ergo, “it’s time to envision a Jewish home that is a Palestinian home, too.” In other words, disassemble the Jewish state and replace it with a binational state.

He blames “Jewish trauma” from the Holocaust for the “unfortunate Zionist obsession” with Jewish statehood. He alleges that “Jews have retroactively projected Nazism’s exterminationist program” onto the peace-seeking and civil rights-seeking Palestinians. He lauds Joint Arab List leader Ayman Odeh’s call for “liberation of both peoples” in a binational state, and decrees that “only Palestinian freedom can make Jews whole.”

For anybody who has followed Beinart’s transition from a proponent of “prophetic Zionism” (a concocted progressive concept) to shill for Israel’s enemies, this does not come as a surprise. Nonetheless, it is sad and revolting. It tells us something frightening about the intellectual journey towards anti-Zionism and self-immolation that is underway on the American Jewish left.

Beinart’s degeneration tracks back to an infamous 2010 essay on “The Crisis of Zionism,” which ridiculously blamed right-wing Israel for disaffiliation among young American Jews, and which advocated a “Zionist BDS”—a boycott of settlement goods.

Hamasphile
The book-length version of the same rant was launched at a J Street conference in 2012, where Beinart urged the Obama administration to bash Israel because of its “morally repugnant” settlement policies and its “unlawful and unjustified” assertion of sovereignty over united Jerusalem.

Later that year, he shimmied over to the dark side by declaring Hamas the victim of backward-looking Western policy. Inverting cause and effect, Beinart asserted that Hamas was obstructionist and violent only because it had not been fairly and properly “engaged.” Poor Hamas, you see, never had been given an “incentive” to abide by a ceasefire, he wrote. Beinart’s insane solution was to undercut Palestinian leader Mahmoud Abbas and “incentivize” and empower Hamas in the West Bank.

Lobbied Obama
Beinart then moved on to gauche moralizing about Israel’s “soul” and advocating pressure on the Jewish state. “Out of love” for Israel, he slammed then-U.S. Secretary of State John Kerry for “caving” to Benjamin Netanyahu and demanding “unjust” concessions from Abbas. He accused Kerry of “slavishly ginning up” an “unworkable” peace plan that just did not meet “rightful” Palestinian expectations for full statehood on the 1967 lines.

Beinart lobbied hard to prevent Obama administration officials from appearing at the annual AIPAC conference in Washington, accusing the pro-Israel lobby of “linguistic fraud and a culture of euphemism” in defending the “occupation.”

Beinart also was one of the first figures to suggest the use of U.S. military aid to Israel as leverage in forcing Israeli territorial withdrawals. Long before Sen. Bernie Sanders (I-Vt.) and Rep. Alexandria Ocasio-Cortez (D-N.Y.), he wrote in 2016 that “it is lunacy for President Obama to give Israel a new military aid package before Netanyahu curtails settlement growth and negotiates seriously toward a Palestinian state.”

Raps Israeli, American Jews
More recently, the morally-superior Beinart has reverted to name-calling and “outing” of anybody to his right, including all of Israeli society, which he says has become “more and more racist,” and the American Jewish community, which boorishly “inhabits an insular cocoon” with no empathy for the Palestinians.

He even implies that Israeli and American Jews, hand in hand, are Nazis in relation to the Palestinians. “By seeing Palestinians, truly seeing them, we would glimpse a faded, yellowing photograph of ourselves,” wrote Beinart.

In his most recent screed, Beinart has the temerity to wrap his call for the Jewish state’s dissolution and its replacement by a binational entity in the glory of Jewish history. He offers some gobbledygook about “distinguishing form and essence at critical junctures in Jewish history,” like Rabbi Yohanan Ben-Zakkai’s request 2,000 years ago after the destruction of the Second Jewish Commonwealth: “Give me Yavne and its sages” in place of Temple worship.

Kumbaya Thinker?
He arrogantly considers his betrayal—his defeatist call to replace state-oriented Zionism with “a new Jewish identity which sees Palestinian liberation as integral to its own”—a Yavne moment. And then he blathers on about tikkun, shalom and shlemut (“wholeness”) in an equal and neutral Jewish-Arab state.

Beinart imagines a kumbaya country where imams mourn the Shoah and rabbis mourn the nakba, the “catastrophe” of the creation of modern-day Israel. Together, the clerics will sing the Islamic du’a for the dead and the El Malei Rachamim prayer for the deceased. “That’s what Yavne can mean in our time,” Beinart bizarrely enthuses.

I guess this is what excites woke and deracinated American Jews like Beinart: Touchy-feely and cross-cultural memorial services for the dead, where everybody learns to “see” and “understand” each other, and “empathize” with one another. One gets the feeling that a generation ago, Beinart would have recommended that Jews truly “see” and get to know the SS, the better to “understand” the Nazi stormtroopers.

Beinart does not comprehend that Israelis have seen enough of Hamas, Fatah, the Muslim Brotherhood and other Arab jihadist movements to judge for themselves as to the likely sweetness of life in a Jewish-Arab binational state. Beinart does not understand that, after 2,000 years of diaspora and dispersion, and a recent grand return to its ancestral homeland, the Jewish people will not be so quick to throw its birthright overboard, even if this means struggling with Palestinians and a long path to peace.

Tragic Dichotomy
Beinart’s intersectional angst for the Palestinians is so overpowering that he would collapse the state of the Jews and abandon its citizens. He would take the magnificent cultural and societal revival of Jewish national life in Israel and flush it down the toilet. It bothers him not that his proposal for Israeli suicide would betray the sacrifice of 100 years of heroic Jewish fighters.

Alas, Beinart seems to have decayed into a “cocoon” of his own; inside a reactionary, defeatist brain that secretes poison.

Truly tragic is the false dichotomy between liberalism and Zionism that Beinart constructs, declaring that Jews must make a choice between these loyalties.

This is an evil effort to strip the Jewish people of a proud self-identity and glorious history; of a narrative that harmonizes the best of nationalism, liberal democratic affinity, religious affiliation and historical justice.

It is an ugly attempt to denude the Jewish state of its rightful place among the nations. In this venal endeavor, Beinart will fail.

David M. Weinberg, vice president of the Jerusalem Institute for Strategy and Security, was coordinator of the Israeli government’s Global Forum Against Antisemitism. This article first appeared in Israel Hayom.