Pakistan delays release of a killer of Daniel Pearl 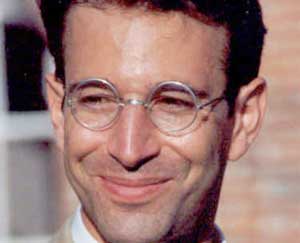 NEW YORK CITY (JTA) — A court in Pakistan has overturned the murder conviction and death sentence of Jewish-American journalist Daniel Pearl’s killer, who was expected to be freed from prison for time served. He will remain in jail for at least another three months.

The superintendent of Karachi’s Central Prison said he received an order from the Sindh provincial government to detain Ahmed Omar Saeed Sheikh as it appeals to the Pakistani Supreme Court to have his murder conviction reinstated, The Associated Press reported Friday, April 3. The order said Sheikh’s release would threaten public safety.

Sheikh has served 18 years in prison on death row. A Sindh prosecutor said he was considering an appeal of the decision, according to Reuters.

Pearl, a 38-year-old American-Jewish journalist, was the South Asia bureau chief for The Wall Street Journal when he was abducted and beheaded in Karachi in 2002 while researching a story about Islamist militants.