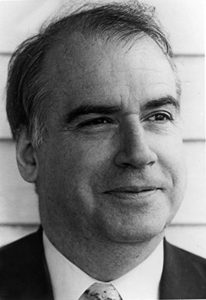 SCHENECTADY– Dr. Stephen Berk will again be scholar-in-residence for Congregation Agudat Achim this fall. Berk’s newest lecture series “Poland What Will We Do With You: Poland and Its Jews” will be presented Sept. 5 Sept. 12, Sept. 26, Oct. 3, Oct. 10, and Oct. 17 from 7:30  – 9 p.m. and is open to the public. Sessions may be attended individually or as a group.

The series will begin with how Jewish people came to Poland, and continue with lectures regarding their status in the country, the culture of Polish Jews pre and post Holocaust, and how Communism and the far right have affected Jewish life there.

Berk is a professor of history at Union College and the Henry and Sally Schaffer Chair of Holocaust and Jewish Studies. He is also the recipient of the Florence B. Sherwood Chair in History and Culture and a consultant for the Wiesenthal Holocaust Center.

Berk has lectured on the Holocaust at various higher education institutions such as Princeton University, Vanderbilt University, The University of Texas at Austin, and Williams College. In addition, he has lectured in the former Soviet Union, Israel, Egypt, and Poland.

The professor is the author of Year of Crisis, Year of Hope: Russian Jewry and the Pogroms of 1881-1882 and articles on Russian history, Russian-Jewish history, anti-Semitism and American policy in the Middle East.

The complete series costs $60 and it must be purchased before the end of the second class. Individual lectures will cost $12 each.

Jack Mintzer at Eddirector@agudatachim.org or the congregation’s main office at 518-393-9211 can provide registration information and details.