Pompeo: ‘Jerusalem, Israel’ on U.S. passports is ‘actively being looked at’ 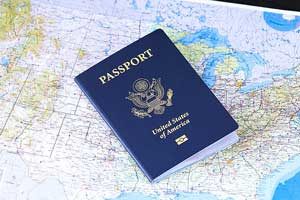 By JACKSON RICHMAN
(JNS) – U.S. Secretary of State Mike Pompeo recently said that the Trump administration is considering allowing U.S. citizens born in Jerusalem to list “Jerusalem, Israel” on their U.S. passports. “We’re constantly evaluating the way we handle what can be listed on passports,” he told JNS .

Despite the U. S. recognizing Jerusalem as Israel’s capital in December 2017 and relocating its embassy from Tel Aviv months later, Americans born in Jerusalem are still unable to list “Jerusalem, Israel” on U.S. passports. “The president has made clear that the specific boundaries of Israeli sovereignty in Jerusalem remain subject to final-status negotiations between the [Israelis and the Palestinians],” a State Department spokesperson told JNS in October. “We have not changed our practice regarding place of birth on passports or Consular Reports of Birth Abroad at this time.”

B’nai B’rith International CEO and executive vice president Dan Mariaschin said,“it’s encouraging news. This is a logical follow-on to moving the U.S. embassy to Jerusalem, and in the process, corrects a historical wrong which denied this designation for over seven decades.”

“The [U.S.] Supreme Court has determined that the passport issue is within the purview of the administration, which has recognized Jerusalem as the capital of Israel,” said American Zionist Movement president Richard Heideman. “It is most appropriate for passports for those born in Jerusalem, such as my three grandchildren born at Hadassah Hospital, to be listed as born in Jerusalem, Israel and not simply born in Jerusalem as if they were stateless, which they are not.”

Jerusalem, said Pastor John Hagee, founder and chairman of Christians United for Israel, is the “eternal and undivided capital of Israel. This should be reflected in all aspects of relevant U.S. policy, including on passports of U.S. citizens born in Jerusalem, Israel.”

In 2015, the Supreme Court ruled in Zivotofsky v. Kerry that it is solely the president who has the power to recognize foreign entities in accordance with the U.S. Constitution’s Reception Clause. “Zivotofsky ruled in favor of the executive; he was not required to comply with the federal law,” constitutional scholar Ilya Shapiro previously told JNS. “Trump, like Obama, can decline to stamp ‘Israel’ on the passport of a citizen born in Jerusalem.”

Washington-based geopolitical strategist and diplomacy consultant John Sitilides told JNS othat the “passport designation decision is rather unsurprising—more of an inevitable matter of when than of will, given the Trump Administration’s December 2017 decision to recognize Jerusalem as Israel’s capital.”