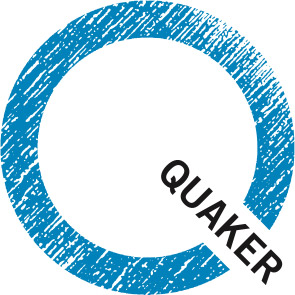 NEW YORK CITY (JTA) – The Quakers of Britain announced that the religious movement will no longer invest in companies that “profit from the occupation” of the West Bank.

The Quakers, also known as the Society of Friends, said in their announcement Monday, Nov. 19, that the decision was made by the church’s trustees in consultation with Meeting for Sufferings — the national representative body of Quakers. It said the Quakers have a long history of “pursuing ethical investments,” noting that it has taken decisions not to invest in the fossil fuel industry, arms companies and South Africa under apartheid.

“Our long history of working for a just peace in Palestine and Israel has opened our eyes to the many injustices and violations of international law arising from the military occupation of Palestine by the Israeli government,” Paul Parker, recording clerk for the Quakers in Britain, said in the statement. “With the occupation now in its 51st year, and with no end in near sight, we believe we have a moral duty to state publicly that we will not invest in any company profiting from the occupation.”

He also wrote: “As Quakers, we seek to live out our faith through everyday actions, including the choices we make about where to put our money. We believe strongly in the power of legitimate, nonviolent, democratic tools such as morally responsible investment to realize positive change in the world. We want to make sure our money and energies are instead put into places which support our commitments to peace, equality and justice.”

The religious organization said its portfolio does not hold investments in any company working in the West Bank.

The Meeting for Sufferings also reaffirmed a 2011 decision to boycott goods produced in Israeli settlements.

The main Jewish umbrella organization in England, the Board of Deputies of British Jews, slammed the decision.

“The appalling decision of the Friends House hierarchy to divest from just one country in the world — the only Jewish state— despite everything else going on around the globe, shows the dangers of the obsessive and tunnel-visioned approach that a narrow clique of church officials have taken in recent years,” the board’s president, Marie van der Zyl, said in a statement.

“While other churches have reached out to the Jewish community at this time of rising antisemitism and polarization to work together to tackle prejudice and promote peace in the region, the Quaker leadership has chosen to import a divisive conflict into our country, rather than export the peace that we all want to see.”