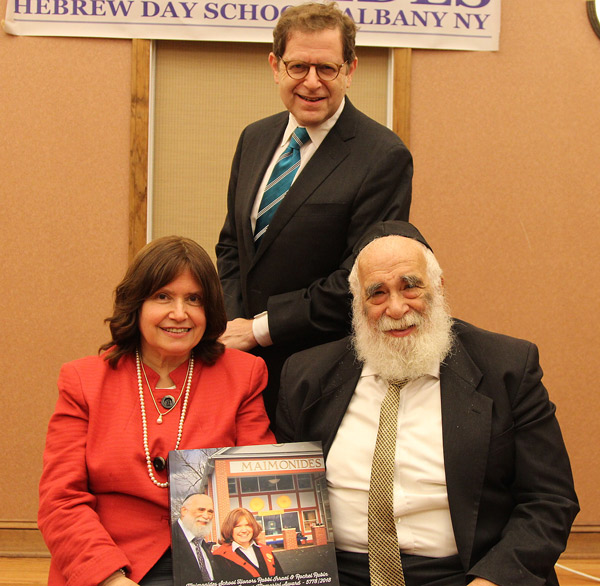 ALBANY–The 30th Dr. Morton Berger Memorial Award was presented to Rabbi Israel and Rochel Rubin at the Maimonides Hebrew Day School’s 30th annual Scholarship Tribute Dinner held at the Shabbos House in Albany on June 5. The event was emceed by the Ronald Goldman, presenter of the award was Albany native Rabbi Lawrence Teitelman now of New Hyde Park. The award was a 92-page photo book with over 400 photos of the Rubins at the school, now at 404 Partridge St., Albany. It also featured their activities in the community since they arrived in the area in the mid 1970s.

The Rubins, Chabad Lubavitch schluchim, had aided in the cofounding of the school in 1980 and have been official stewards of the school since its outset. Rabbi Rubin is rosh yeshiva at the school and Morah Rochel Rubin is the school principal.

The program included a video montage of people from around the world sharing memories and wishes for Rabbi and Mrs. Rubin, and a greeting from. Moshe Losice via video. Mushky Rubin, youngest daughter of the honorees, a Maimonides alumnus, with a master’s degree from Queens College, spoke about her parents and their dedicated work in Albany. 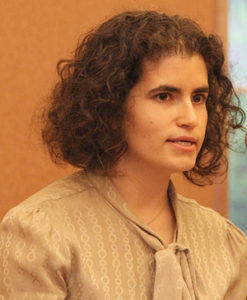 MUSHKY RUBIN, a main speaker, spoke of her parents efforts in area.

Rubin children and spouses include Mendel and Raizy, Abba and Raizel, Mendel and Rivky, Yossi and Leyee, Shmuly and Laiky, Devorah Leah and Mendy, Efraim and Menucha, Simmy and Chaya, Mushky, Motti and Chana and the late Esty Cohen.

A surprise recognition was presented to Sid Stark (and his wife Debbie, aka “Morah Devorah” at Maimonides) recognizing 70 years of Stark Auto Repair in Saratoga Springs. The repair shop has closed.

The Maimonides Hebrew Day School annually awards the Dr. Morton Berger Memorial Award to an individual or individuals who typify the character and compassion of the late psychologist and  community leader, according to  program organizers.

Guests included Rivka Goldstein, formerly of Albany now of Cleveland, who had published the syndicated Holiday Guide with Rabbi Rubin; Avi Losice representing the longtime close Losice family connection to the Maimonides School and the Rubin family; all of Rabbi Rubin’s sisters from Canada, Michigan and New York; as well as a spectrum of community friends.

A limited number of the 80-page Tribute Journal Yearbooks are available. The school office 518-453-9363 can provide details. 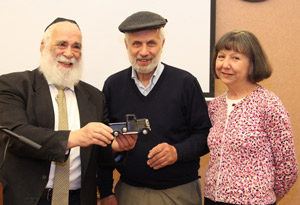 Rabbi Israel Rubin, left, notes the efforts of Sid and Debbie Stark in the community as they retire from Stark Auto Repair in Saratoga Springs.