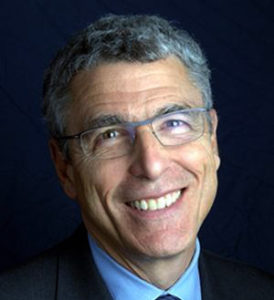 ALBANY–Union for Reformed Judaism President Rabbi Rick Jacobs will speak at Temple Beth Emeth, 100 Academy Rd., Albany Friday, April 27, as part of the congregation’s 180th anniversary celebration. The program, which is open to the public, will begin with a 5:30 p.m. service, followed by dinner at 6:15 p.m. and then a presentation by Jacobs at 7:15 p.m.

As URJ president, Jacobs leads the largest and most diverse Jewish movements in America, representing almost 900 congregations, reaching almost 1.5 million people. According to congregation organizers, for nearly150 years, the URJ has been at the forefront in promoting progressive Judaism. Under the leadership of Jacobs, the URJ is engaged in the ongoing implementation of its strategic 2020 Vision, a plan for the future of Reform Judaism structured around three core priorities: strengthening congregations, audacious hospitality and tikun olam (social justice).

Jacobs spent 20 years as a spiritual leader at Westchester Reform Temple in Scarsdale, Prior to his tenure at he served the Brooklyn Heights Synagogue, where he founded and co-directed the first synagogue-based homeless shelter in New York City.

He was ordained in 1982 by Hebrew Union College-Jewish Institute of Religion (HUC-JIR) in New York.

Jacobs has studied for two decades Jerusalem’s Shalom Hartman Institute, where he is now a senior rabbinic fellow.

Dedicated to global social justice issues, he was part of a delegation that assessed disaster response following Haiti’s devastating earthquake in 2010. He also observed the plight of Darfur refugees as part of an international humanitarian mission to the Chad-Darfur border area in 2005, and in 2009, participated in an annual conference of Muslim and Christian leaders, held in Qatar, which was designed to build understanding between the West and the Muslim world. He also has served on the boards of Jewish organizations in the community, including the American Jewish World Service, UJA-Federation of New York, and, since its inception in 1996, Synagogue 2000 and its successor, Synagogue 3000.

Prior to the rabbi’s presentation, a dinner will be prepared and served by the congregation’s brotherhood. Registration for the dinner, which is $18 for adults and free for children, may be made online by Wednesday, April 25, at bethemethalbany.org. Deb Sokoler at dsokoler@bethemethalbany.org. 518- 436-9761, ext. 230 can provide details.