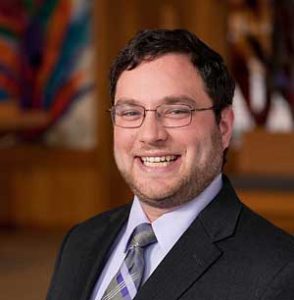 SCHENECTADY–Rabbi Rafi Spitzer, spiritual leader of Congregation Agudat Achim, is inviting all 10th, 11th, and 12th graders to attend a confirmation class from 10:30 to 11:30 a.m. on Sundays.

The rabbi indicated that the class will cover  a variety of topics including, but not limited to: What does it mean to be Jewish in the modern world? Relating to other people of faith, What is the difference between truth and fact; Does Judaism have something to say about “fake news”? What does it mean to take ownership of one’s own Jewish identity? Modern Israel and the conflict, The problem of evil, What does Judaism say about sexuality and gender? What are the differences between the streams of Judaism: Reconstructionist, Reform, Conservative, and Orthodox?

The confirmation class will have a large focus on relationship and community building among the students. There may be opportunity jointly learn with the confirmation class at Temple Gates. There may be opporunity to host high schoolers from neighboring communities of faith, and to be hosted by them. Education Director Jack Mintzer at Eddirector@agudatachim.org can provide details.

Hudson Valley artists selected for annual Fall for Art fund-raiser; Show set for The Chateau on Nov. 7
Likud, Blue and White election deadlock has a silver lining, according to analyst