Reform Judaism in Israel to be theme on Dec. 9; IMPJ speaker at Beth Emeth 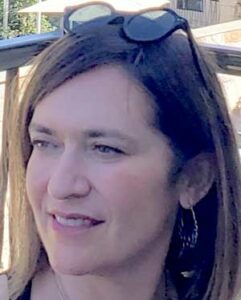 ALBANY –Anna Kislanski, deputy director general and chief operating officer of the Israel Movement for Reform and Progressive Judaism (IMPJ), will speak at Beth Emeth, 100 Academy Rd., Albany on Monday, Dec. 9, at 7 p.m. on the topic of  “Reform Judaism in Israel: Nurturing Pluralism & Democracy: Achievements and Challenges.” She will also discuss the upcoming World Zionist Congress (WZO) election and how Reform Jews in America can make a significant difference as it relates to religious pluralism and equality in Israel.

Kislanski is based in Israel and is coming to the United States in an effort to educate and to help “get out the vote” for the upcoming World Zionist Congress elections. She oversees the congregational and educational arms of the Reform Movement in Israel and works to support the growing network of Reform congregations there. Before coming to IMPJ in 2010, she served as the Reform Movement’s central shlicha for URJ from 2005 – 2009. Kaslanski also served as curriculum consultant for the school twinning program with the Tel Aviv, Los Angeles Partnership and as the program director for Congregation Or Hadash in Haifa, the Reform Movement’s largest congregation in northern Israel.

The program is free and open to the community. A dessert reception will follow the discussion. Deb Sokoler at dsokoler@bethemethalbany.org can provide details.

Torn between 3 places? Why we are comfortable with where we are!
Veterans honored at Beth Shalom