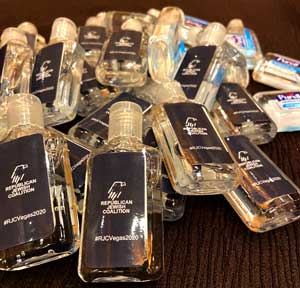 “Out of an abundance of caution from the Coronavirus outbreak, the president has decided to cancel his upcoming events in Colorado and Nevada,” the White House said in a statement. Trump was to have appeared Saturday, March 14, at the RJC event in Las Vegas.

After the White House announcement, a Congress along with thousands of RJC activists from around the country,” the group said. “We will look for dates in the near future when we can reschedule and when the current health crisis allows.”

The group previously had said it would go forward with the event even as many conferences and large gatherings were being canceled because of the coronavirus epidemic. Its executive director, Matt Brooks, had recently tweeted a picture of RJC-branded hand sanitizer.

After 40 years, Lionel Richie gives first concert in Israel
Opinion: A year ago, I went public with my #MeToo moment. Purim reminds me of all we haven’t learned.