Republican Senate candidate, who called for country ‘Free from Jews,’ could be Dianne Feinstein’s challenger 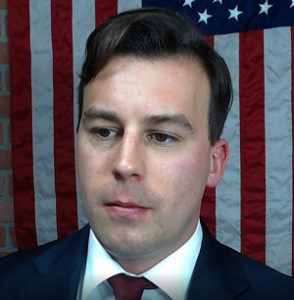 Overt anti-Semites have been slowly creeping into Republican politics in the aftermath of President Trump’s successful, populist candidacy, and now one of them has a fighting chance of representing the Republican Party in a Senate race.

The man in question is Patrick Little, an extremist with hardline anti-Semitic viewswho is backed by David Duke and other far-right extremists. Little will be squaring off in a top-two primary with 10 other Republicans as well as Democrats and independents on June 5 for the chance to oppose veteran Democratic Senator Dianne Feinstein. According to a recent poll, released last week, he very much has a chance of winning the right to face off with the incumbent.