Resilience of Yiddish will be theme for luncheon; discussion and film at AJCC on June 21 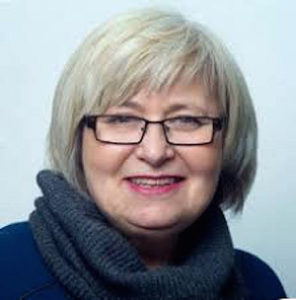 ALBANY–The third program in the Albany Jewish Community Center’s 2018 Jules and Paula Stein Live and Learn Lecture /Lunch Series will be held on Thursday, June 21, 10:30 a.m. in the Center’s auditorium, 340 Whitehall Rd.  Montreal-based filmmaker Abigail Hirsch will show her 2013 documentary film, “Yiddish: A Tale of Survival,” and share commentary. The film explores the resilience and survival of Yiddish language and culture since the Holocaust.

According to organizers, before WWII, Yiddish was spoken by over 11 million Jewish people worldwide. Following the Holocaust with the annihilation of the majority of Yiddish speakers, Hebrew became the language of Jewish communities As a result, Yiddish culture— language, literature and theatre— was nearly destroyed, leaving many wondering whether Yiddish had a future. Today there are fewer than 2 million Yiddish speakers in the world.

In her film, “Yiddish: A Tale of Survival,” Hirsch details the grassroots efforts to maintain the viability of Yiddish by telling the stories of three people—Yiddish performers and activists— representing three generations of 21st century Yiddish speakers: Shmuel Atzmon in Israel, Bryna Wasserman in Montreal and Milena Kartowski in Paris.

Hirsch is a Hungarian-born filmmaker and the founder of AskAbigail Productions. A professionally trained social worker, Hirsch launched her media career in Montreal in 2007. She has covered Jewish events in Montreal, including the International Israeli Film Festival, Le Mood and the International Yiddish Theatre Festival, engaging the public in a dialogue building peace and better understanding of Jewish culture.

This program is open to the community. Cost for the lecture/ lunch is $15, $13 for Center members.  The kosher lunch is under supervision of the Vaad Hakashruth of the Capital District.  Prepaid reservations are required in the Albany JCC’s senior adult office, 438-6651, ext. 112, ClaireS@albanyjcc.org

David Friedman tells the media to keep their ‘mouths shut.’ But what did they actually say?
JNF speaker tells of overcoming disability in the IDF at recent local JNF breakfast