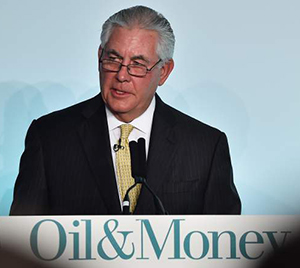 NEW YORK CITY (JTA) – The State Department will fill the post of special envoy for the Office to Monitor and Combat Anti-Semitism following the urging of lawmakers and Jewish groups, but will do away with or combine dozens of other diplomatic positions.

Secretary of State Rex Tillerson made the announcement in a recent letter sent to Sen. Bob Corker, chairman of the Senate Foreign Relations Committee.

The special envoy post, which was mandated in the Global Anti-Semitism Review Act of 2004, has remained unfilled since Trump’s inauguration in late January, as have many other such posts. The envoy monitors acts of anti-Semitism abroad, documents the cases in State Department reports, and consults with domestic and international nongovernmental organizations.

The Office to Monitor and Combat Anti-Semitism has been unstaffed since July 1.

Congress members, Jewish groups and Jewish leaders have been urging Tillerson to keep the office open and name an envoy.

Integration, Elimination Of Positions
According to the Tillerson’s letter, the office will be returned to the State Department’s Bureau of Democracy, Human Rights and Labor, with two positions and $130,000 in funding.

“I believe that the Department will be able to better execute its mission by integrating certain envoys and special representative offices within the regional and functional bureaus, and eliminating those that have accomplished or outlived their original purpose,” he wrote. “In some cases, the State Department would leave in place several positions and offices, while in other cases, positions and offices would be either consolidated or integrated with the most appropriate bureau. If an issue no longer requires a special envoy or representative, then an appropriate bureau will manage any legacy responsibilities.”

Of 66 current special envoys or representatives, 30 will remain. Nine positions will be eliminated, 21 will be integrated into other offices, five merged with other positions, and one transferred to the U.S. Agency for International Development.

ADL Praise
The Anti-Defamation League, which ran a campaign to urge Tillerson to retain the position, including sending the secretary of state a petition signed by thousands of Americans, praised the decision.

“We commend Secretary Tillerson for listening to the voices calling for the appointment of the special envoy to counter anti-Semitism,” National Director Jonathan Greenblatt said in a statement. “This position has been an essential diplomatic and political tool in fighting anti-Semitism around the globe.

“We urge the State Department to refrain from eliminating other special envoy roles, which are vital to promoting American values of democracy, tolerance and religious freedom across the globe.”

Orthodox woman is new dean of University of Chicago Divinity School
Billy Joel wore a yellow Jewish star. Thanks, but the trend should stop there.