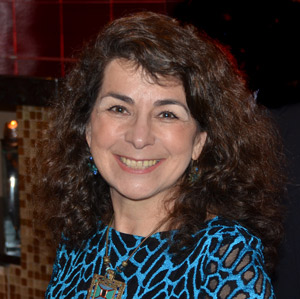 COOPERSTOWN–The fifth annual Glimmerglass Film Days will be held in Cooperstown Nov. 9-13. Curated by Margaret Parsons, founder and director of the film program at the National Gallery of Art in Washington, DC, the festival offers a slate of films on the theme “Home,” filmmaker talks, a companion art exhibit featuring the works of Pooh Kaye and Cara Wood-Ginder, receptions, guided walks, and an art auction.

Aviva Kempner, filmmaker, will answer questions after a showing of her film “Rosenwald,” at 1:45 p.m. on Friday, Nov. 10, at the Fenimore Art Museum in Cooperstown.

Her film “Rosenwald” (2015, USA 100 minutes) tells the story of Sears Roebuck chairman Julius Rosenwald. Inspired by the Jewish ideals of tzedakah (charity) and tikkun olam (repairing the world), and a deep concern over racial inequality in America, Rosenwald became a philanthropist. Between 1912 and 1932, more than 5,000 school houses (known as Rosenwald Schools), vocational shops, and teachers’ houses were constructed across 15 states, and among their more famous alumni were Maya Angelou, Marian Anderson, Gordon Parks, James Baldwin, Langston Hughes, and Zora Neale Hurston.

Kempner will share her experiences researching the life of  Rosenwald  and will discuss the significance of the Rosenwald School story today.

Kempner has been making independent films since 1979.  A child of Holocaust survivor Helen Ciesla and Harold Kempner, a U.S. Army officer, Kempner was born in Berlin, Germany after World War II. Her family history inspired her to produce her first documentary, “Partisans of Vilna” (1986), focusing on Jewish resistance to the Nazis. Kempner wrote, directed and produced other films including “Yoo-Hoo, Mrs. Goldberg” (2009) and the Peabody award-winning “The Life and Times of Hank Greenberg” (2000).

A member of the Academy of Motion Picture Arts and Sciences, Kempner is the recipient of a Guggenheim Fellowship, the DC Mayor’s Art Award, WIFV Women of Vision Award, and a Media Arts Award from the 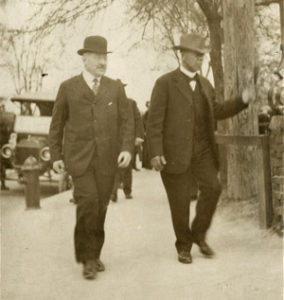 National Foundation for Jewish Culture. She is the founder of the Washington Jewish Film Festival in Washington, D.C., where she resides.

Tickets and information may obtained at glimmerglassfilmdays.org.

DC Report: You are on your own sucker! Paying for Trump’s tax cuts…
Israel’s left says Rabin commemorations are being hijacked in the name of ‘unity’