He likes to boast about all the jobs he has created, but he seems to overlook the most important: fact checkers.

He confessed he uses the term “fake media” not to point out inaccuracies or biases, but to discredit accurate reporting of news he dislikes. It is at the heart of his war on the media and other critics, who he calls “the enemy of the people,” a term he borrowed from Josef Stalin.

A favorite target is “the failing New York Times,” which is actually prospering and hopefully will be around long after he is just an unpleasant memory.

Junior Peddles Lies Too
His oldest son, Donald Jr. Trump, 40, has joined that part of the family business as well. Like Dad, he fervently peddles outrageous lies and accusations. His latest is to compare the Democratic platform to the Nazi platform.

“You see the Nazi platform from the early 1930s … look at it compared to the (Democratic Party) platform of today, you’re saying, ‘Man, those things are awfully similar,’” he said this month in an interview with One America News Network (OANN).

OANN is a pro-Trump conservative cable channel that gets special treatment from the White House, including public praise from the president himself.

Politifact, which won a Pulitzer Prize for its work exposing lies, gave Don Jr.’s Nazi accusation its most severe rating — “Pants on Fire.”

“So, the left spends the last 3 years falsely calling my entire family NAZI’s, but the second I point out the similarities between the economic platform of the National Socialists and the Democrat Party, they scream bloody murder,” Junior tweeted after the proverbial substance hit the fan from his interview.

Senior’s Questionable Statements
Not surprisingly, D’Souza’s text was inaccurate, according to a real scholar of the era.

“There is not the slightest, tiny sliver in which this could be even somewhat accurate,” said Jeffrey Herf, a University of Maryland historian and author of The Jewish Enemy: Nazi 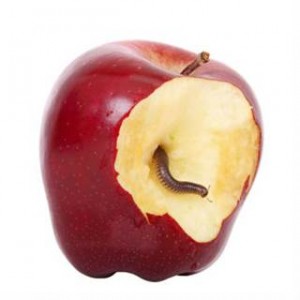 Propaganda during World War II and the Holocaust, reported Politifact.

Appropriated Nazi phrases and references add to the impression among many that Trump Sr. is an anti-Semite. His defense of neo-Nazis at Charlottesville as “fine people,” his reluctance to denounce the endorsements of former KKK leaders like David Duke, and his campaign theme of “America First,” which is rooted in a notorious anti-Semitic pro-Nazi movement of the 1930s, have fueled that perception.

Trump’s supporters point out that he has Jewish grandchildren and has hired many Jews to work for him, and that’s true, but it does not grant absolution from being an anti-Semite.

What Is Disloyal?
Eric Trump, 34, shares the family “hoof in mouth” talent. Most recently he tweeted “I truly hate disloyal people.”

Timing is everything. It comes as big brother is making news by cheating on his wife with two women, apparently a family tradition. If Eric hates betrayal, he may have in mind that his father was cheating on his mother, Ivana, and boasting about the great sex he was having with Marla Maples. And who doesn’t know about his notorious affairs with a Playboy model and an adult film star and the Access Hollywood boasts about sexual conquests?

A Vanity Fair profile of the brothers said they are known for “their insensitivity and penchant for making head-scratching gaffes.”

Eric may not have had family philandering in mind when he spoke about loyalty, a one-way street in Trumpville, especially for a father, who even seems ready to throw his firstborn under the proverbial bus.

The original explanation for the June 2016 Trump Tower meeting was to discuss “Russian adoptions,” but when Don Jr. released his e–mails he revealed the real purpose was to collect dirt on Hillary Clinton from Russian government sources.

What Is Truth?
Daddy confirmed it recently  after two years of denials, but brushed the meeting off as perfectly legal opposition research. Which it would have been true had it come from Moscow, Idaho and not Moscow, Russia.

Leave it to Rudy Giuliani, who plays a lawyer on TV these days, to come up with the quote of the month.  “Truth isn’t truth,” he declared on NBC’s Meet the Press. That goes alongside Kellyanne Conway’s “alternative facts” as a classic euphemism for Trump lies. And don’t forget Giuliani’s contention that the Mueller investigation “may have a different version of the truth than we do.”

Giuliani was trying to explain why a Trump interview with Special Counsel (a word Trump has trouble spelling in his ubiquitous tweets) Robert Mueller would be a perjury trap. Translation: Trump is a pathological liar who can’t be trusted to tell the truth. Something well documented by the nation’s professional – and non-partisan – fact checkers.

It’s axiomatic that all politicians lie, but in all fairness, Donald Trump Sr. is the all-time world champion. That is why his lawyers are so opposed his being interviewed by Mueller.  They know that under oath or not, lying to federal investigators is still a crime.

In the first 558 days of his administration, Trump made 4,229 false or misleading claims, according to the Washington Post Fact Checker, as of August 1. That’s an average of nearly 7.6 claims a day and his pace is increasing.

MSNBC talk host and former Rep. Joe Scarborough (R-Fla.) and former Trump friend has said, “When it comes to lying, Trump is nonstop.”

Future For Don?
It runs in the family. Junior posted a poll showing Daddy’s approval rating at 50%. Only problem is it wasn’t true. It was photoshopped. So what?  In the Trump family reality is fake news, and fake is reality.

As Mueller quietly grinds away the president becomes increasingly shrill in his public denunciations.

His anger is in full view as he begins stripping security clearances from former top intelligence workers who criticize him, and transforming the GOP into the WGOP, White Gentiles Only Party.

He has kind words for brutal dictators and venom for Barack Obama, LeBron James, CNN’s Don Lemon, Rep. Maxine Waters, Omarosa, Washington DC Mayor Muriel Bowser and the NFL. They are among the headliners on Trump’s growing enemies lists, which includes just about anyone he deems guilty of lese majeste, offending the monarch.

Don Jr. has enjoyed crisscrossing the country speaking for Republican candidates and for his father, and himself. He is said to have an eye on running for public office on his own, possibly for mayor of New York City.  That is if the name has any currency by the time his father finishes destroying it, and if he isn’t indicted by Mueller.