Saudi Arabia is no bastion of Jeffersonian democracy. Nor is Turkey, Syria, Qatar, Iran or any Islamist nation.

The enemy of your enemy is not necessarily your friend 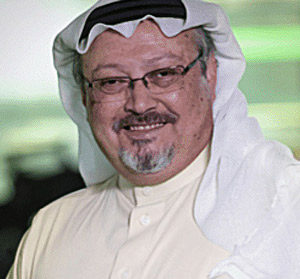 By SARAH N. STERN
(JNS) – The tragic disappearance and likely death of Jamal Khashoggi after he recently entered the consulate of Saudi Arabia in Istanbul has lifted a rock under which the egregious human-rights practices of the Saudi kingdom have been swarming for decades. It always struck me as ironic that before the word “Saudi Arabia” has been uttered, we often heard the reflexive prefix: “our moderate Arab ally.” Most of us are aware that in 1945, President Franklin Roosevelt met with Saudi King Ibn Saud on the USS Quincy and made a Faustian bargain, trading their petroleum for American security.

We know of the ugly and dreadful incident of Jamal Khashoggi because he was a well-known journalist for The Washington Post.

Like many other protestors, he had hoped the Arab Spring would pave the way for the overthrow of a despicable autocracy, but perhaps it would be replaced with an even more despicable form of radical Islam.

While much of the world was bowing and genuflecting over Crown Prince Mohammed bin Salmon because he finally allowed women the right to drive (only while being accompanied by a related male companion), a woman’s testimony in a Saudi Court counts for half of that of a man’s. A woman cannot get a passport or any government document without the consent of her male guardian, nor can she study in a university, get a job, get married or even enter a hospital to give birth without being accompanied by her husband, father or brother.

People are arbitrarily arrested, tortured and killed in Saudi Arabia without due process. There is no such thing as freedom of the press, freedom of assembly or religious freedom. In 2016, a Saudi Court sentenced 14 people to death for practicing Shi’ite Islam. According to Human Rights Watch, Asraa al-Ghomgham, a woman, is now awaiting the death penalty for such crimes as “chanting slogans hostile to the regime,” and “filming protests and publishing on social media.”

Yet, Saudi Arabia is hardly alone for human-rights abuses in the Arab and Islamist world.

Rights In Iran?
Look at the Islamic Republic of Iran and you can see very much the same thing. The Islamic Republic denies the basic freedoms of the press, of association or peaceful protest or of religion. There is no transparency or due process. People are routinely and arbitrarily arrested or discriminated against for being of a different ethnic group or religion, or for expressing a divergent political viewpoint.

Trials run by the Iranian Revolutionary Guard Corps (IRGC), have been closed, brief and systematically unfair. Lately, the IRGC has been targeting foreign nationals and dual citizens with the “crime” of “cooperating with a hostile state,” without revealing any of their evidence.

Women are arbitrarily beaten by “morality police” if they feel that strands of hair are showing through their hijab, or if they are wearing makeup or tight clothes. Acts of violence against women and girls remain widespread. The legal age of marriage is 13, and fathers and grandfathers can obtain consent from the courts to marry off their daughters at even younger ages. Acts of violence and domestic violence against women remain widespread, and are practiced with impunity. Women have been arrested, detained and tortured for taking off their hijabs publicly. Gays are routinely hung in the public square. Floggings and amputations are carried out with impunity.

Because of their involvement in peaceful protests, scores of youngsters are denied the right to an education.

According to Amnesty International’s report on Iran, in 2017-18 “ hundreds of people were executed, some in public, and thousands remained on death row. They include people under the age of 18 at the time of the crime.”

Friends In The Neighborhood?
Saudi Arabia is no bastion of Jeffersonian democracy. Nor is Turkey, Syria, Qatar, Iran or any Islamist nation.

Iran, however, remains the world’s leading state sponsor of terrorism. And it is only expanding its presence—from Tehran, to Baghdad, Beirut and Damascus—and would like to extend itself as far as the Mediterranean as its leaders work on their nuclear design to dominate the world.

So Saudi Arabia might be a pivotal partner in this looming confrontation.

We have to remember that the Middle East is a treacherous neighborhood. No, the enemy of your enemy is not necessarily your friend. It might, however, be a strategic ally for today’s survival.

Sarah N. Stern is founder and president of the Endowment for Middle East Truth, EMET. Her most recent book is “Saudi Arabia and the Global Islamic Terrorist Network” (Palgrave MacMillan, 2011).