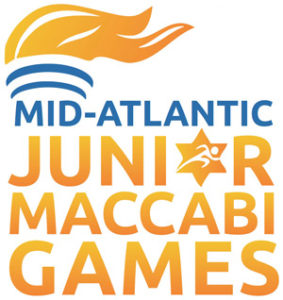 SCHENECTADY– The Schenectady and Albany Jewish Community Centers are teaming up to send delegates to this year’s Mid-Atlantic JCC Junior Maccabi Games in Philadelphia on Sunday, May 5. The games are a one-day, Olympic sporting competition for Jewish athletes ages 9-12 years old. The youth will have an opportunity to engage in various social opportunities and build relationships with future Capital Region delegation teammates, as well as play and party with friends. The Games will be held at the Kaiserman Jewish Community Center in Philadelphia.

The two local Centers are at press time sending a dozen athletes to compete in sports such as basketball, soccer, swimming and  tennis and seek other local athletes to join them/. More than 800 athletes throughout the Mid-Atlantic region will compete in the Games. The Games consist of round-robin tournaments for each sport followed by a single elimination medal round.

“This is a great opportunity for our young athletes to come together with other Jewish athletes and create strong relationships,” said Schenectady JCC Interim Executive Director, Andy Katz. “

Those interested in joining the team to compete on behalf of the Schenectady and Albany JCCs may contact Rachel Csakany rachelc@schenectadyjcc.org or Andy Katz  andrewk@schenectadyjcc.org. Cost is $139 per athlete. The Games will be held at the Kaiserman Jewish Community Center in Philadelphia.

Bernie Sanders pushed the Democrats on Israel in 2016. Has he become the party’s mainstream?
Death With Dignity lists short film at AJCC