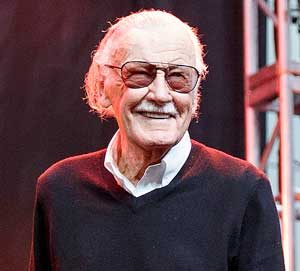 Stan Lee, seen in 2017, was the genius behind the Marvel comics that spawned a number of film blockbusters. (Rich Polk/Getty Images for Entertainment Weekly)

By JTA staff
(JTA) — The close of every year brings with it bittersweet reminders of the incredible figures we lost in the year that was.

This year the task of remembering the departed is particularly fraught as 12 people on the list were lost to acts of anti-Jewish violence in U.S. synagogues. Along with the shooting victims in Pittsburgh and Poway, California, are artists, activists and ordinary folks who heroically answered the call of history.

Here are some whose stories inspired the staff of the Jewish Telegraphic Agency the most.

Pittsburgh victims
On Oct. 27, 2018, a gunman entered the Tree of Life synagogue in Pittsburgh, Penn., and opened fire while shouting anti-Semitic slogans. The shooting would become the deadliest act of terrorism against American Jews in the country’s history. Eleven worshippers were killed that morning, ranging in age from 54 to 97. Among the dead were a married couple, Bernice and Sylvan Simon, and two brothers, David and Cecil Rosenthal, along with Daniel Stein, Jerry Rabinowitz, Richard Gottfried, Joyce Fienberg, Rose Mallinger, Melvin Wax and Irving Younger.

Herman Wouk
When Time put Herman Wouk on its cover in 1955, it found the Orthodox novelist’s blend of literary achievement and religious practice to be paradoxical. But over the course of his nearly seven-decade career, Wouk would help usher Judaism into the American mainstream through more than two dozen novels and works of nonfiction, several of which were adapted for the screen. He died on May 17 at the age of 103. 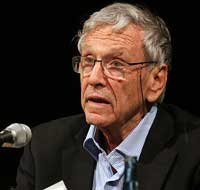 Amos Oz
Amos Oz won virtually every literary prize short of the Nobel and was perhaps Israel’s most widely translated author. He was also among its most vocal peace activists, calling Israel’s withdrawal from the Palestinian territories a “moral imperative” and helping to found Peace Now in 1978. In novels like “My Michael, Black Box, Where the Jackals Howl and his 2002 autobiographical A Tale of Love and Darkness — later made into a film by and starring Natalie Portman — Oz chronicled the emotional development of his young country. He died of cancer in December at the age of 79.

Peggy Lipton
Actress Peggy Lipton was descended from Russian-Jewish immigrants and raised in a heavily Jewish enclave on Long Island, but she became the quintessential American flower child as the star of the crime drama “The Mod Squad.” In 1974, she married the legendary music producer Quincy Jones, with whom she had two daughters. She died of cancer in May at 72.

Lori Gilbert-Kaye
When a gunman burst into the Chabad of Poway synagogue in April, Lori Gilbert-Kaye, 60, was the only fatality in the attack on the San Diego-area congregation. Remembered as a pillar of the community and a regular hostess of Shabbat meals filled with guests.

Yechiel Eckstein
History will remember Yechiel Eckstein as the man who raised hundreds of millions of dollars, mostly from Christians, to benefit needy Jews in Israel and beyond. But to thousands of Jews in conflict zones who he helped bring to Israel, Eckstein was something of a guardian angel. Eckstein founded the International Fellowship of Christians and Jews in 1983, and through a combination of pluck, charisma and tireless legwork made unprecedented progress in raising money for Jewish causes from evangelicals. In February, he died of heart failure in Jerusalem at 67. 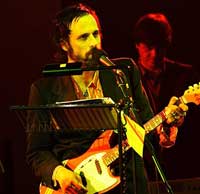 David Berman
David Berman was a founder of the influential band Silver Jews, which released six albums between 1994 and 2008. Berman, who battled various drug addictions over the years and survived multiple overdoses, long described himself as “ethnically Jewish.” But after a stint in rehab in the mid-2000s, he began going to synagogue and studying Jewish texts. He died in August at 52.

Barbra Siperstein
On Feb. 1, the Babs Siperstein law went into effect in New Jersey, allowing residents to change their gender identity without proof they had undergone gender reassignment surgery. Two days later, the law’s namesake died at 76. Barbra Siperstein was an advocate for gender equality and transgender rights. In 2009, after completing sex reassignment surgery, she officially changed her Hebrew name from Eliezer Banish to Baila Chaya at a ceremony at her Conservative synagogue in Freehold.

Eva Mozes Kor
Eva Mozes Kor was born in Romania and, along with her twin sister, sent to Auschwitz in 1944. At the concentration camp, they underwent medical experiments at the hands of the infamous Nazi doctor Josef Mengele. But Kor was not the type to hold grudges, even against Nazis. She publicly forgave Mengele and made headlines in Germany for embracing Auschwitz guard Oskar Groening at his trial in 2015. Kor died in July in Poland while on a trip organized by the Candles Holocaust Museum and Education Center, which she founded in Terre Haute, Indiana, in 1995.

Stan Lee
Few had as significant and enduring an impact on the comic book industry — and the international mega-blockbusters that it would eventually spawn — as Stan Lee, the genius behind Marvel comics. Among the characters he co-created with other artists are Spider-Man, the Hulk, the X-Men, the Fantastic Four, Iron Man and Thor. He was born Stanley Lieber to Romanian-Jewish immigrants. He died in November at 95. 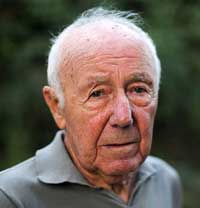 Simcha Rotem
Few historical events more dramatically signify Jewish defiance in the face of persecution than the Warsaw Ghetto Uprising. And Simcha Rotem, who died in Jerusalem in December at 94, was its last known surviving fighter. Born Kazik Ratajzer in Warsaw in 1924, Rotem lost six members of his family when the Germans bombed his home in 1939. After the uprising, Rotem led surviving fighters from the ghetto through the city sewers, saving their lives. He immigrated to prestate Israel in 1946 and fought in its War of Independence.

Are there Jewish individuals that you would like to add to this list? Tell us who you would add and include why in a few sentences about the individual. Send to The Jewish World, 1635 Eastern Parkway, Schenectady, 12309.