Stereotypes to be lunch and learn topic on March 27; ‘Shalom Bollywood’ film to be shown on April 3 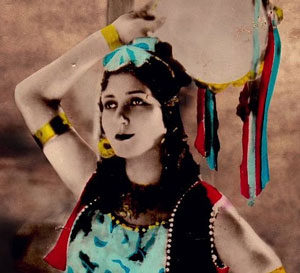 Ruby Myers, better known by her stage name of Sulochana is one of the actresses whose story is told in the documentary “Shalom Bollywood.” It will be shown at Beth Emeth on April 3.

Stereotypes: Fact or Fiction? The Myth of the Jewish American Princess will be the topic of a lunch and learn on March 27, led by Rabbi Scott Shpeen, spiritual leader of the congregation.

“Shalom Bollywood,” a documentary about the major role Jewish actors played in India’s movie industry, will be featured on April 3. The film reveals the unlikely story of the 2,000-year-old Indian Jewish community and its formative place in shaping the world’s largest film industry. It was written and directed by Danny Ben-Moshe. The programs are free and open to the community.

Those planning to attend are asked to bring their own lunch. Coffee, tea and dessert will be available.