The left is to blame for anti-Semitic violence

By AMEER BENNO
Recently, in the wake of the attacks on Jews in Jersey City and Monsey, I joined 25,000 other people to march across the Brooklyn Bridge to denounce anti-Semitism.

Pointing The Finger
The march culminated in a rally where various Democratic elected officials spoke, each of whom has accused Donald Trump for the recent uptick in anti-Semitic violence.

But Trump is not to blame for it.

There are two primary catalysts for the recent spate of violence against Jews: the first is the left’s reflexive opposition toward our president, and the second is its open contempt for the rule of law.

Anti-Jewish bigotry is nothing new to the Democratic Party (remember how Jesse Jackson disparagingly called us “Hymies” and Al Shapton denounced us as “bloodsucking” “interlopers”), but that Party became a veritable safe space for Jew haters during the Obama years.

Obama himself was a parishioner of Jeremiah Wright, another rabid anti-Semite, and he surrounded himself with staff who openly expressed animus toward Israel. Obama appointed as U.N. ambassador Samantha Power, an anti-Israel radical who suggested sending U.S. troops to protect Palestinians from the IDF. Obama also appointed former Nebraska Senator Chuck Hagel, who had a long history of anti-Semitism, as defense secretary.

Obama refused to consider the Golan as part of Israel, called for Israel to return to its pre-1967 borders, directed that the U.S. join the U.N. Human Rights Council, a farce of an organization built around condemning Israel, and ordered Samantha Power to abstain from a U.N. vote declaring that Jewish communities in Judea and Samaria violate international law.

Relations With Iran
The Democratic Party became enamored with Iran, which describes Israel as “cancerous tumor” that must be “eradicated” and which marks the sides of its missiles with the words “Israel Must Be Wiped Out.” Obama delivered billions of dollars to Tehran — money the ayatollah is now giving to Iran’s proxies to kill Israelis and bomb American interests, such as their recent New Year’s attack on the U.S. embassy in Baghdad. And, when Obama learned that federal law-enforcement was conducting a major investigation into Iran-sponsored terrorist group Hezbollah, he pulled the plug on it.

Elizabeth Warren believes that Jewish communities in Judea and Samaria violate international law (another House Democrat described the Jews who live there as “termites”) and threatened that “everything is on the table,” including presumably U.S. military action, if Israel refuses to support the “Two-State Solution.” Recently, House Democrats, in a party-line vote (H. Res. 326), resolved to support the pro-Palestinian “Two-State Solution” as an ideal, despite the fact that the vast majority of Israelis oppose it.

Many leftist groups have made denouncing Jews and Israel a centerpiece of their agendas. Antifa activists recently called for Jews to “Go back to the ovens.” The leaders of Black Lives Matter have accused Israeli Jews of “genocide” and “apartheid” against the Palestinians. During the Occupy Wall Street protests, it was common to see anti-Jewish and anti-Israel signs.  Code Pink is rabidly anti-Semitic and anti-Israel, and its co-founder participated in a conference in Iran that hosted prominent Holocaust deniers. In its short history, the Women’s March has been led by a slew of anti-Semites.

Media Complicity?
Mainstream media, an appendage of the Democratic Party, enables these hate mongers by portraying them as legitimate protesters. One need only recall the New York Times’ political 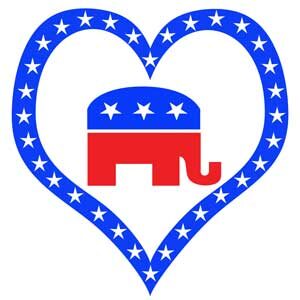 cartoon depicting Jews as dogs to know that the media promotes these hateful tropes, as well.

The point is, it has long been socially acceptable among the left wing of the Democratic Party to condemn Israel and those who support it. To these Democrats, invective against Jews — often dressed up as anti-Israel sloganeering— has not only become socially acceptable, but a litmus test for one’s progressive bona fides.

Trump —The Real McCoy
Since Trump was elected, we have seen a level of anti-Trump delirium on the left that approaches madness. The left fervently believes that everything the president supports is worthy of contempt.

There’s no question that Trump supports Jews and the State of Israel. It was Donald Trump who first recognized Jerusalem as Israel’s capital and moved the American Embassy there from Tel Aviv.  President Trump recognized Israeli sovereignty over the Golan Heights and the legitimacy of Jewish communities in Judea and Samaria.

Trump expanded the U.S. Department of Education’s definition of anti-Semitism to include anti-Zionism, and he recently issued an executive order to give Jewish college students more Title VI protection.

Trump also severed aid to the Palestinians for their refusal to stop paying lifetime stipends to terrorists who murder Jewish civilians, and he defunded UNRWA, whose teachers endorse Hitler and call for killing Jews (Elizabeth Warren has publicly committed to unconditionally restoring U.S. aid to the P.A. and UNRWA). Trump also wisely withdrew the U.S. from the U.N. Human Rights Council.

Trump pulled out of the Iran deal and imposed crippling sanctions against that regime, naming the IRGC as a Foreign Terrorist Organization in the process. Recently, after multiple warnings to Iran to stop its malign activities, President Trump ordered an operation that killed Qasem Soleimani, the terrorist leader of the IRGC’s Quds Force, a backer of Hamas, Palestinian Islamic Jihad, and Hezbollah, and the one responsible for scores of attacks on Israeli civilians, including a planned kamikaze drone attack on Israel in August. When Israel sought to eliminate Soleimani in 2014, the Obama administration sabotaged the plan by tipping off Iranian leadership.

Orthodox In The GOP
It’s no secret that the left disparages Trump supporters as “deplorables.” But Orthodox Jews— the victims of the recent anti-Semitic violence — tend to identify as Republicans, take conservative positions, and overwhelmingly support President Trump. When you combine the left’s embrace of anti-Semitism with its insatiable desire to bash everything that President Trump supports and everyone who backs him, it becomes easier to see why anti-Jewish fever is flourishing on the left.

There is a difference, though, between harboring anti-Semitic thoughts and acting upon them. What, then, causes someone to act on hateful passions? While this is a complicated question, it suffices to say that a person’s urges to act on his biases can be deterred by robust law enforcement. Without this, a person’s worst impulses will go unchecked.

Respect For Laws
We have our rule of law to thank for prohibiting discrimination in the workplace, in housing, in education, and in places of public accommodation. It is our system of laws that has brought us so far in promoting, among other things, racial, religious, and gender equality. But when we disregard our laws and disrespect those who enforce them, we destroy the very structure that has protected Jews in our country against the type of abuse they suffered under other governments throughout the ages.

This is precisely what the left is doing.

For example, in the name of “criminal justice reform,” the left has abolished deterrents to undesirable behavior.   Liberal policies like New York’s “bail reform” have eliminated bail entirely for vast swaths of criminal offenses, including hate crimes against Jews. These criminals are not only freed from jail, but rewarded with Mets tickets, movie passes, and gift cards for making their scheduled court appearances. In some instances, police officers have been directed to stop making arrests entirely, and D.A.’s have elected to stop prosecuting offenders.

On the immigration front, as well, the left is undermining law enforcement at every turn.  “sanctuary” jurisdictions abound where the state and local governments are thumbing their noses at our federal immigration laws. There’s plenty of gift-giving to these criminals, as well. In New York State, illegal aliens are now entitled to receive driver’s licenses and free college, and all of the Democratic presidential contenders have stated that they would provide federal government health care to illegal immigrants.

And, let’s not forget that the left voted to impeach the president for having had the audacity to ask a court to determine whether certain documents and testimony are protected by executive privilege.

Leftists call ICE enforcement agents “Nazis,” migrant detention centers “concentration camps,” and criminals “victims” who deserve compassion, not punishment.  President Trump and those around him have been described as Hitler and kapos.  One Democratic House Member compared Republicans to Joseph Goebbels, Hitler’s propaganda chief. Another called the Manhattan ICE office “the headquarters for the Gestapo of the United States of America.”

Questions Of Chutzpah
The point is to portray the left as virtuous and morally superior, and our laws and police officers as wicked. Indeed, one man who recently tried to blow up an ICE detention facility in Tacoma, Washington stated that he was motivated by the belief that he was fighting “against the forces of evil.”

As the prospect of punishment evaporates, is it any wonder that those with hate in their hearts have been emboldened to act on their ugly impulses?  When our laws no longer serve a deterrent function, crime — especially when ideologically driven, like anti-Semitic violence —will surge.  That’s precisely what’s happened here.

To quote an old Yiddish proverb: If their words were a bridge, I’d be afraid to cross it.

Ameer Benno is a trial lawyer and former Congressional candidate for NY’s 4th Congressional District. His father’s side of his family lives in Israel, and his mother’s side lives in Albany, where he grew up. The family attended Congregation Ohav Shalom when he was a child. His parents currently belong to Congregation Beth Abraham–Jacob.  Benno may be followed on Twitter at @ameerbenno.

Mike Bloomberg: Anti-Semitism is a problem on the right and the left. Here’s how I’d combat it from day one.
Security to be theme for Beth Shalom Men’s Club