The U.S.-Israel honeymoon may not last… 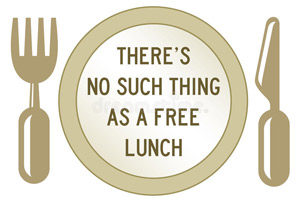 By DANIEL PIPES
President Trump has taken two unprecedented steps highly favorable to Israel: recognizing Jerusalem as its capital and cutting funds to the United Nations Relief and Works Agency (UNRWA), an organization ultimately devoted to eliminating the Jewish state. These long-overdue actions break antique log-jams dating back nearly 70 years and offer fresh opportunities to resolve the Palestinian-Israeli conflict. Bravo to Trump for enduring the slings and arrows of conventional thinking to take and then stick with these courageous steps.

Celebrate Or Worry?
That said, there’s a problem. Both moves were undertaken for what appear to be the wrong reasons. This is not an abstract worry but implies that today’s celebration could turn into tomorrow’s fiasco.

First problem for Israel: Trump says he recognized Jerusalem as Israel’s capital to settle the Jerusalem issue. Listen to him ruminate on this: “The hardest subject [that Israeli and Palestinian negotiators] had to talk about was Jerusalem. We took Jerusalem off the table, so we don’t have to talk about it anymore. They never got past Jerusalem.”

Creates Contention
This suggests Trump thinks recognition solved the knotty Jerusalem issue, as though this were a New York real-estate transaction and he made a side-deal about zoning regulations or union representation. But it’s not. Far from being “off the table,” Trump’s action made Jerusalem an unprecedented center of attention and contention.

For example, members of the Organization of Islamic Cooperation overwhelmingly condemned his step, as did members of both the U.N. Security Council and the General Assembly. In addition, recognition caused Palestinian violence against Israelis to triple. Thus, Trump made Jerusalem a more disputed issue than it had been previously.

Quid Pro Quos?
How will Trump react when he eventually realizes that Jerusalem remains very much “on the table” and that his grand gesture had the opposite effect from what he intended? My prediction: with a frustration and fury that could sour him on the Jerusalem recognition and on Israel; it could even prompt this temperamental and spontaneous figure to rescind the recognition.

Second problem: Trump intends to exact an unspecified price from Israel for the recognition, stating “Israel will pay for that” and it “would have had to pay more.” For the moment, with the Palestinian Authority (PA) boycotting American mediation and personally insulting Trump, that price is in abeyance. But the American door is permanently open to Palestinians and when they wise up, some fabulous gift awaits them in the White House. (This dynamic of extracting quid pro quos from Israel explains why I generally prefer low-simmering tensions between Washington and Jerusalem.)

Bevy of Benefits For Abbas?
Third problem: Trump did not withhold $65 million from UNRWA out of a scheduled $125 million tranche to punish an execrable organization for its record since 1949 of inciting Palestinians against Israel, encouraging violence against Jews, engaging in corruption, and expanding (rather than reducing) the refugee population. Rather, he withheld the money to pressure the PA to restart negotiations with Israel. As Trump tweeted: “with the Palestinians no longer willing to talk peace, why should we make any of these massive future payments to them?”

So, once PA leader Mahmoud Abbas gets over his extended snit about Jerusalem and agrees to “talk peace,” he has a bevy of benefits awaiting him: the possible reversal of Jerusalem recognition, some fabulous reward, and the resumption of full, maybe even expanded, U.S. funding. At that point, the pope, the chancellor, the crown prince, and the New York Times will congratulate a glowing Trump; and Israel will find itself coldly thrust out of favor.

“I Hope That I Am Wrong”
Abbas has already slightly edged back from his histrionics, which are anyway for domestic consumption, showing a radicalized Palestinian body politic that he is just as tough, nasty, and delusional as his Hamas rivals. Of course, he well knows that the United States of America is the one and only power that can pressure Israel to make concessions. So, after a decent interval, Abbas inexorably will mumble apologies, lavish praise on Trump, fire up the Palestinians’ horde of proxies, “talk peace” with Israel, and worm his way into the administration’s good graces.

When that happens, the current U.S.-Israel honeymoon will likely crash and burn, replaced by the usual bickering, where Washington wants Israelis to “take chances for peace” and “make painful concessions,” and they resist those pressures.

I’ve been wrong many times about Trump in the past. I hope I am wrong this time too.

Daniel Pipes is president of the Middle East Forum. © 2018 by Daniel Pipes. All rights reserved.

Pirate? princess? A ‘Wonder Woman’ Purim? Israelis party like it’s 357 BCE!
Who made the hamantashen? A modern tale of fortuitous interaction