“Where were you when I needed you?”

That thought probably crossed Benjamin Netanyahu’s mind recently when he heard that Donald Trump had ordered cruise missile strikes on the Shayrt air field from which the Syrian dictator launched nerve gas attacks on his own people. The Israeli prime minister had to be thinking back to 2014 when President Barack Obama ignored the red line he had drawn earlier threatening a military response to any Syrian use of chemical weapons.

Had Obama attacked—which Donald Trump vociferously and repeatedly opposed at the time—it might have made little difference in the Syrian civil war, but it had a profound impact on Israel and Iran. It might, as Obama concluded, also have dragged America into yet another open-ended and essentially unwinnable war.

Those two mortal enemies drew the same conclusion, rightly or wrongly, that Obama was weak and had no stomach for getting involved in another war. The clear message both read was that he was bluffing when he had said he was prepared to use military force to prevent Iran from getting a nuclear weapon, just as he was bluffing when he drew a Syrian red line. That led Israel to fear any nuclear deal would be toothless.

Other allies, particularly in the region, saw it as a sign of American weakness and withdrawal from world leadership; accurate or not, that was a widespread perception.

Already strained relations between Obama and Netanyahu only worsened.  The Israeli leader’s lobbying campaign against the Iran deal grew increasingly intense and bitter.

Putin Closes Eyes?
I was one of those who thought Obama had struck a good deal and that it would benefit not only Syrians but Israel as well. A few dozen cruise missiles wouldn’t change the course of the war 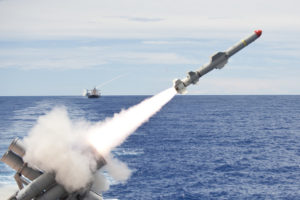 or bring Assad to his knees. He initially denied having any WMD, but Assad later confessed their existence, explaining they were only intended to kill Jews, not Arabs.  Proof was in his large inventory of missiles aimed at Israel. He never cared how many Arabs he also killed, as nearly half a million dead Syrians can attest today.

As Syria’s ally and protector, Putin was to be the guarantor of the deal. The recent attack that killed at least 84 people in Khan Sheikhoun showed Assad cheated and Putin ignored it. It is hard to believe that Russian forces at that air base were unaware of the mission and payload of the bombers.

Netanyahu was one of the first to cheer the recent tomahawk attack and praise his new BFF Trump.

Trump’s U Turn
In a period of 48 hours the administration made a complete U turn, going from indifference to the conflict and willingness for Assad to remain in power to launching military strikes against his regime.

“We should stay the hell out of Syria,” Trump repeatedly tweeted in one form or another since 2013 and, notably, throughout last year’s campaign. Just a year ago Trump was predicting that exactly what he is doing now would lead to World War III.

Trump has done a 180 turn and in a press conference with the Jordanian king, blamed his favorite target.  “I think the Obama administration had a great opportunity to solve this crisis a long time ago when he said the red line in the sand,” he said, forgetting his own opposition to military action.  “And when he didn’t cross that line after making the threat, I think that set us back a long ways.”

So what changed? Was it his daughter’s revulsion at the pictures of children gassed by Assad, the president’s need to deflect attention from his sinking approval ratings and rising problems in his dysfunctional administration or a desire to show how tough he can be?  The answer is likely yes to all three.

He said he was moved by visions of “beautiful babies [who] were cruelly murdered in this very barbaric attack.”  But obviously not enough to let them come into this country as refugees —possible Trojan horses for their terrorist parents, in his mind.  Trump has banned them and all other Syrian victims.

Trump, not someone known for exhibiting much empathy, showed no concern when Assad was dropping barrel bombs on schools and hospitals killing hundreds of children. Is using poison gas that much worse?  He has failed to show that this was not just an emotional response, but a strategic decision that is part of a larger, well-thought-out policy.

The Real Questions
Some of his admirers are praising the strike as a reversal of American foreign policy and an assertion of global leadership, but that is premature.

This was an emotional attack conceived and implemented in haste with no attempt to coordinate with our allies — although several, including Israel, were informed in advance.

Trump’s alt-right base is most unhappy with the turn of events. It is isolationist and nationalist, and some leaders have gone on social media charging the episode was engineered by the Jews around Trump to benefit Israel, not America First.

But that’s just a sideshow. The real questions in the wake of the attack are these: was it instigated by genuine policy considerations, or just as a reflexive reaction to cable news images? Was it a one-off spasm of action intended to show the new president’s toughness, or part of a broader policy aimed at ending the Syrian carnage? Does it signal a new American willingness to wade into the Syrian morass with military force, and if so, is there a carefully conceived exit plan?

Or was it another stunt to deflect attention from the growing problems of a chaotic White House and sinking poll numbers?