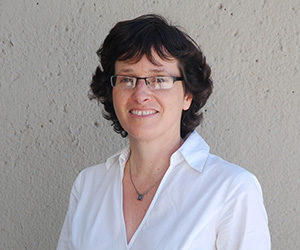 By ROB GLOSTER
SAN FRANCISCO (J. The Jewish News of Northern California via JTA)
A San Francisco teacher hired to translate into Hebrew President Trump’s “not very eloquent” (as she puts it) speeches recently in Saudi Arabia and Jerusalem said she isn’t proud to be working for this administration and promised “my students get preference, especially over this particular president.”

Merav Rozenblum, a Hebrew teacher at Jewish Community High School of the Bay, is a contract translator for the State Department and has worked with three presidents — including a 2013 trip to Israel with Barack Obama.

Exact Translations
Rozenblum, who moved to the United States from Israel in 2001 and has been working at the San Francisco high school for nine years, said her job is to exactly translate the president’s words from English to Hebrew, even if she disagrees with what he’s saying.

“The ethics of my profession require that I repeat whatever was said as precisely as I can without adding anything personal,” she said. “If somebody reads my translation and can read between the lines my criticism, then I have not done my job well.

“Of course, when it comes to my principles, I would feel better translating for a president that did not offend about half of the American people. But when I work, this should not be reflected in anything that I do.”

Deadlines And Updates
Rozenblum and a colleague in Washington, D.C., were hired to translate Trump’s May 21 speech in Saudi Arabia at the Arab Islamic American Summit. They were told to expect a 3,000-word draft of the speech at 6 a.m. California time on May 20, and agreed to divide it in half and then proofread the other’s work.

The draft arrived 12 hours late — at 6 p.m. Saturday — and the two translators were given until 6 a.m. Sunday to turn in their work. After Trump gave the address, the Hebrew version was updated to reflect minor changes he made in the actual speech.

“This president speaks in very short sentences, so it wasn’t a very difficult speech to translate,” Rozenblum said.

In the Jerusalem speech at the Israel Museum on May 23, Trump went off script to add a reference to the Manchester bombing. Rozenblum also changed her colleague’s translation of one of Trump’s comments there.

Talking about the American security partnership with Israel, Trump said, “Under my administration you see the difference — big, big beautiful difference.” Her colleague in Washington “made it sound better” in the Hebrew version, Rozenblum said, but she stuck with his original words because “I wanted it to sound as lame as it was [by using] his usual hollow words.”

More Challenging Efforts
Rozenblum, who translated Obama’s 2009 “A New Beginning” speech at Cairo University into Hebrew, said the previous administration was well organized and the speeches were more challenging to translate because they were better written and included quotes from the Talmud and the Quran.

Rozenblum traveled to the Middle East with Obama and his predecessor, George W. Bush, as an interpreter.

“I Do My Best Work”
“The protocol requires that the president is interpreted by an American. They always travel with an interpreter, they cannot use local interpreters,” she said. “Just like there’s a special unit that brings the president’s water and food, they bring their own interpreters.”

A graduate of Bar-Ilan University’s program for translators and interpreters, Rozenblum also translates Spanish into Hebrew. She said she felt better working for Obama than she does for Trump.

“I am not very proud of translating for this particular president, but I feel that I do my work for my colleagues, for the American people,” she said. “This is what I do, and I do it the best I can.”