DC Report
By Douglas Bloomfield
President Donald Trump will never make the Middle East Peace Deal of the Century that he has been promising for so long.

Here’s why he will fail.

Trump Has No Serious Plan
Promoting himself as the master dealmaker, he boasted he could bring peace to the Middle East, but he never bothered developing a plan. His minuscule attention span, disinterest in learning the issues and a lack of intellectual curiosity guarantee failure. So does his belief in his own instincts instead of experience and knowledge about this most complicated issue.

Team Of Inexperienced Amateurs
He shut out the people who could bring those qualities because they’d once criticized candidate Trump, and he has completely sidelined the State Department’s team of experienced diplomats. This president wants sycophants, not experts.

He treats the job of Middle East peacemaker as a favor for his Jewish son-in-law, Jared Kushner, “a good boy,” who he put in charge despite a total lack of diplomatic or foreign policy experience beyond having met Benjamin Netanyahu when he was a teenager.

Two more amateurs fill out the Trump peace team, both former lawyers for Trump’s businesses. David Friedman, a staunch supporter of the settlements and an outspoken opponent of Palestinian statehood, and Jason Greenblatt, who is seen as a Netanyahu loyalist.

Israeli And Palestinian Leaders Aren’t Interested
Neither Benjamin Netanyahu nor Mahmoud Abbas has any real interest in making peace. Their goal is to satisfy domestic constituents opposed to any concessions while not getting blamed for the failure and bringing The Daily Torch publish 8-9-2017 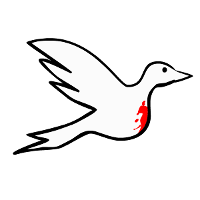 down the tweeting wrath of Trump pointing little fingers of blame at them.

They talk the talk but fear the wrath of their own extremists if they try to walk the walk.  They say they want negotiations but their preconditions and poison pills belie that.

Neither is politically capable of making peace. Netanyahu may be on the brink of criminal indictment for corruption, and Abbas, now in the 12th year of a four-year term, has virtually no public support.

There’s a lack of trust between the two men, and they’ve made little effort to change that.

Benjamin Netanyahu Is All Talk
Netanyahu has opposed every peace initiative since the 1993 Oslo Accords and promised voters in the last election there will be no Palestinian state so long as he is prime minister.

He fashions himself a mini-Trump—a real estate developer who, in his case, would rather build settlements than peace. He has tied himself inextricably to the religious and nationalist rejectionists in order to keep his hold on power

Netanyahu is not worried about Trump because he is confident he has the Congress in his pocket to run interference, as it did against Barack Obama, if he clashes with the White House. He overlooks that the Republican Congress was only too happy to oppose anything that the Democrat Obama was doing, but that’s not as likely with a Republican president.

Mahmoud Abbas Is All Talk
Abbas, 82, is in poor health. He was recently hospitalized for exhaustion. He has no heir apparent, and when he leaves the scene there could be a tumultuous battle for succession.

Like his predecessor, Yasser Arafat, Abbas is more intent on conducting a campaign in the United Nations, international agencies and abroad to delegitimize Israel than in working for reconciliation.  His latest efforts have been to spread the lie that there is no connection between the Jews and Jerusalem’s Temple Mount or Hebron’s Tomb of the Patriarchs.

He rejects Congressional demands to halt financial support for the families of terrorists. The result is likely to be a vote to cut United States aid to the Palestinian Authority until it stops rewarding terrorists financially and celebrating them by naming streets and pubic facilities for them.

The Palestinians can’t make peace with each other, so how can they be expected to make peace with Israel? It is more than a family squabble. The secular Fatah recognizes Israel and supports a two-state solution, at least in theory, while the Islamist Hamas, considered a terrorist group by the U.S. and Israel, seeks the eradication of the Jewish state.

Arab Leaders Are Sitting On Their Hands
Arab leaders may be tired of the conflict and ready to deal with Israel, but they’re not going to step up to help break the impasse.

They’ve rejected Netanyahu’s call for an “outside-in” arrangement. His argues that if the Arab nations and Israel make peace, the Palestinians will have cover and motivation to cut a deal of their own. The Arabs, some of whom are secretly doing business with Israel on security issues, aren’t buying. With good reason. They don’t trust Netanyahu to follow through and cut a reasonable deal with the Palestinians.

The Arab leaders also know that there is strong public support in their countries for the Palestinians and they won’t risk being accused of selling them out.

There Is Little Hope
Kushner himself admits there’s little hope Team Trump will succeed. Speaking off-the-record to Congressional interns recently, he confessed, “There may be no solution” to the Israeli-Palestinian conflict.

“Not a lot has been accomplished over the last 40 or 50 years we’ve been doing this,” said the inexperienced and uninformed envoy, revealing that he is unqualified and incompetent.

Actually much, though not enough, has been achieved in the 50 years since the 1967 Six-Day War. Kushner is apparently unaware of the peace treaties with Egypt and Jordan, the disengagement agreements with Syria, the Israeli-Palestinian agreements, various ceasefires and many other moves that have kept the region from igniting.

Other Players Want To Take The Lead
Countries that once deferred to Washington in Mideast peacemaking now see a vacuum in world leadership left by Trump’s feuding with allies and his erratic, ego-charged ad hoc approach to policy.

The Europeans have long wanted to take the lead and may now see opportunities arising.

Russia has shown in Syria that it wants to play a major role in the Middle East once again.

China is pushing its own peace plan as it tries to expand its ties to the region through investment in infrastructure.

Failure to make peace won’t be all Trump’s fault, but his boasting has irresponsibly built-up expectations, and that may make his failure all the more dangerous. All his tweets blaming others won’t absolve him.

As competing players —all more favorable to the Palestinians—move to fill the vacuum created by failed American leadership, the chances for conflict will only increase. That will be bad for Israel, despite Netanyahu’s affinity for the blundering American president.