U.S. and Israel team up to stop hackers and to study energy issues 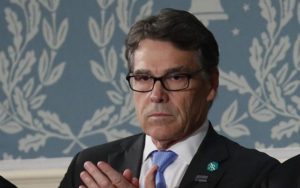 JERUSALEM (JTA) – The United States and Israel have established a partnership to study energy issues, including cybersecurity.

U.S. Secretary of Energy Rick Perry and Israeli Minister of Energy Yuval Steinitz recently signed an agreement to launch the U.S.-Israel Center of Excellence in Energy, Engineering and Water Technology.

In March, the Congress appropriated $4 million for the Department of Energy to establish the center for joint research and development with Israel. The Israeli government will match the sum, and private sector partners will provide the rest for the initial $16 million needed for the project.

“The partnership between our two countries has long advanced the cause of freedom, dignity, and peace and, as we are highlighting today, the joint quest for science and innovation,” Perry said at the signing.

The center is set to accelerate development and more rapid deployment of critical and innovative technologies for fossil energy, energy cybersecurity in critical infrastructure, the energy-water nexus, energy storage, and other areas of energy that are needed to diversify energy supply and promote higher efficiency, the U.S. Department of Energy said in a statement.

Did Jared Kushner’s interview with a Palestinian paper hurt his peace plan’s chances?
Rock star Perry Farrell is a “love-bavitcher”