U.S. Army veteran arrested for planning attacks against Jews and others 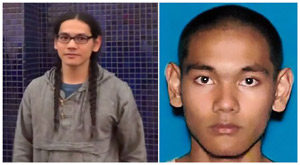 By MARCY OSTER
(JTA) — A U.S. Army veteran was arrested for planning terror attacks in the Los Angeles area, including against Jews.

Mark Domingo was arrested Friday, April 26, after he received what he thought was a bomb from an undercover federal officer.

At a news conference Monday, officials from the U.S. Attorney’s Office, FBI and Los Angeles Police Department said Domingo discussed several types of attacks with an informant, including targeting Jews, churches and police officers, and that he “wanted to kill Jews as they walked to synagogue … or attack crowds at the Santa Monica Pier.”

Domingo, 26, who served in Afghanistan and converted to Islam, reportedly was driven by the desire to avenge the murders by a white supremacist gunman of Muslims while they prayed at two mosques in Christchurch, New Zealand.

He had purchased several hundred nails to be used as shrapnel inside the bomb, which he planned to use to attack a “white nationalist rally” in Huntington Beach on April 27, according to federal prosecutors.

Federal prosecutors said he posted to a private online group, which was monitored by an undercover FBI agent: “There were mosque shootings in New Zealand. [T]here must be retribution.”

Domingo allegedly added: “I feel like I should make a christians life miserable tomorrow for our fallen bros n sis in [N]ew Zealand … maybe a jews life … they shed our blood … no Muslim should have to experience this, a message needs to be sent.”