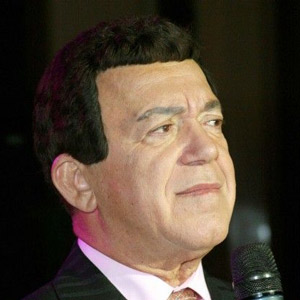 NEW YORK CITY (JTA) – Ukraine revoked all its honors for a well-known singer and politician who had survived the Holocaust and froze his assets over his support for Russian control in Crimea.

The presidential decree stripping Iosif Kobzon, 80, of his many state honors and freezing all his assets in Ukraine was recently posted on the website of the president of Ukraine , the RBC news site reported.

Kobzon, a native of Donetsk in eastern Ukraine, said in 2014 that Russia should control the Crimean Peninsula, which Russia annexed from Ukraine that year, because it “primordially belongs” to Russia. “That it managed to be returned without a single shot, without a single sacrifice, is another proof of this,” the Moscow-based Jewish singer said.

President Vladimir Putin of Russia had said that the annexation complies with the wish of majority of Crimeans.

The measure taken against Kobzon, a past recipient of Ukraine’s People’s Artist Award and types of the Order of Merit medal, was taken amid an explosion of nationalist and anti-Russian sentiment in Ukraine that coincided with an increase in anti-Semitic crimes and initiatives celebrating the actions of those who killed Jews.

Recently, hundreds of people in the Ukrainian city of Lviv attended a nationalist march featuring Nazi symbols that commemorated a Waffen SS unit with many local volunteers. Jewish leaders in Ukraine have protested the city’s permission to the event organizers.

In cities across Ukraine, streets have been named since 2014 for Nazi collaborators like Stepan Bandera and Roman Shukhevych.

Last year anti-Semitic incidents recorded in Ukraine doubled from 2016 to more than 130 cases, according to a report by Israel’s Ministry for Diaspora Affairs. The tally for Ukraine surpassed the number for all the incidents reported throughout the entire region combined, the report said.

Recently, the VAAD Association of Jewish Associations and Communities and a number of other Ukrainian Jewish organizations said they had concerns over events planned in Kiev marking 250 years since Koliyivshchyna — a rebellion that resulted in the 1786 Uman massacre of Poles, Jews and Greek Catholics — the KHPG watchdog in Ukraine said.

“It is the victims of this terrible tragedy who should be remembered and mourned, not those who killed them,” World Jewish Congress CEO Robert Singer said in a statement. “The Koliyvshchyna is an event that should be studied in Ukraine as an example of the perils of religious and ethnic intolerance.”

Separately, at a ceremony on Sunday, May 27,  in the Bulgarian capital of Sofia, Bulgarian Prime Minister Boiko Borissov and his Ukrainian counterpart, Volodymyr Groysman, who is Jewish, opened a square and unveiled a moment honoring Dimitar Peshev, who while deputy speaker of Bulgaria’s parliament during World War II had a key role in the rescue of the Bulgarian Jews from the Holocaust.