Vatican opens archives of Pope Pius XII, who remained silent during the Holocaust 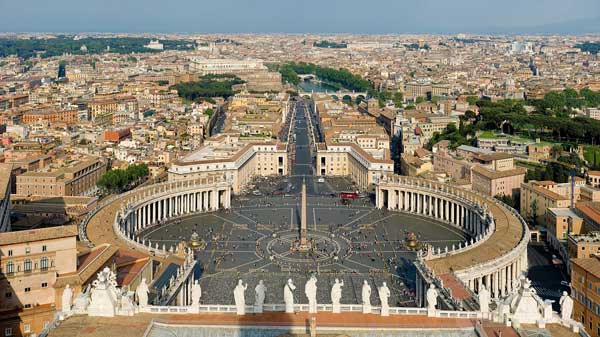 A view of St. Peter’s Square at the Vatican City. Photo courtesy of  Wikimedia Commons.

(JNS) – For the first time  the Vatican granted researchers on Monday, March 2,  access to its archives on Pope Pius XII, the controversial pontiff who stayed silent during the Nazi extermination of Jews in the Holocaust.

More than 200 researchers have applied for permission to study the millions of letters and documents of the pontiff’s papacy, which are held in the Vatican Apostolic Archives.

Pius XII, who headed the Catholic Church from 1939 until his death in 1958, has been the subject of much debate and questions as to why he never spoke out about the slaughter of 6 million Jews in Nazi concentration camps, though the Roman Catholic Church has continuously insisted that he did all he could to save Jewish lives.

“The Church is not afraid of history,” Pope Francis said last year when he announced his decision to open the archives.

Four decades ago, the Vatican published an 11-volume work that covered the Holocaust; however, some crucial information was missing, such as the pope’s replies to notes and letters, including details about the Nazi atrocities, according to AFP.

World Jewish Congress president Ronald S. Lauder said in a statement, “In inviting historians and scholars in to publicly access the Vatican’s World War II archives, Pope Francis is demonstrating a commitment to learning and airing the truth, as well as to the significance of Holocaust memory.”

Letter: Anti-Jew bias on both sides of the aisle must be stopped!
As global health crisis worsens, Chabad of China asks for help