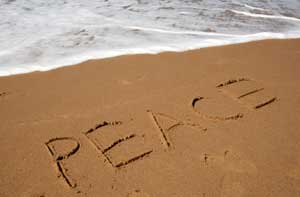 DC Report
By Douglas Bloomfield
U.S. Ambassador to Israel David Friedman declared the Trump administration’s announcement that it no longer views West Bank settlements as illegal “advances the cause of peace” between Israel and the Palestinians.

If you believe that I have some nice beachfront property to sell you in the Negev.

Advance Peace?
There is no way this will advance peace, nor was it intended to. That is fine with President Donald Trump, who isn’t really serious about brokering the peace “deal of the century.”

It’s a scam run by three in the real estate business with close ties to the settler movement: Friedman and Jason Greenblatt, who were lawyers for the Trump organization, and first son-in-law Jared Kushner. Greenblatt dropped out this fall, which was seen by many as a tacit admission their repeatedly delayed peace plan was going nowhere.

Reagan’s Policy
Secretary of State Mike Pompeo announced Monday, Nov. 18, that the Trump administration no longer considers Israeli settlements a violation of international law. He called it a return to Ronald Reagan’s policy, but it really isn’t. Reagan reversed the Carter administration’s legal opinion that “civilian settlements” in the occupied territories were “inconsistent with international law.” Reagan said they’re not inherently illegal, but he saw them as obstacles to peace and called for a construction freeze to advance prospects for negotiations.

Why Now?
Pompeo had been preparing this decision for months, he said, so why announce it now? It certainly wasn’t, as Pompeo would have us believe, to “increase the likelihood” of Israeli-Palestinian peace. More likely it is, notwithstanding Pompeo’s denial, to help Netanyahu save his political career and stay out of jail in several corruption cases.

Netanyahu was unable to form a governing coalition following two elections so far this year, and now his rival, Benny Gantz of the Blue-White Party, is asking Arab Knesset members to give him the votes he needs (although they would not join the coalition). Netanyahu, who has a sordid history of racist appeals, is trying to sabotage Gantz’s effort by charging him with making an alliance with parties that “support the terror organizations” and want to “destroy” Israel. That’s something Trump can relate to, as he no doubt related to Netanyahu’s frantic efforts to avoid paying a price for his corruption.

The president has given Israel several gifts that strengthen the Israeli right (his intentions were selfish, for his political aggrandizement, not altruistic,) like recognizing Israeli sovereignty over all of Jerusalem and the Golan Heights and relocating the embassy to Jerusalem. If Netanyahu does head the next government, look for him to use this as his hechsher for more aggressive settlement expansion and to begin annexing chunks of the West Bank.

Domestic U.S. Policy
Trump’s settlement decision was a slap to the Palestinians, who he has dissed repeatedly by cutting aid to their government and for refugees. Team Kushner is believed to have worked closely with Netanyahu and his crew on their still-secret peace plan while largely freezing out the Palestinians.

Settlements may appear to the uninitiated as a thorny issue of foreign policy, but it is really domestic politics. Trump cares much more about keeping his base of apocalypse-minded evangelicals, a handful of deep-pocket Jewish donors and Orthodox Jewish voters working for him, raising money and getting out the votes for his re-election. He is more concerned about the Middle West than the Middle East.

The new policy most likely was aimed at a critical Trump political base, evangelical Christians.  Having Pompeo, an evangelical, make the announcement helps him if, as expected, he runs for the Senate from Kansas next year; he is also said to have his eyes on the presidency in 2024 (look out, Nikki).

Evangelicals groups like Christians United for Israel and Friends of Zion are longtime critics of European anti-settlement policies (as shown by the recent ruling by the European Court of Justice that products from the West Bank must be labeled as such and not as produced from Israel). They’ve been pressing the administration to strike back, which it did this week

Trump is a master of diversion, especially when things aren’t going his way. M ore damning evidence in the House impeachment inquiry is expected, and he needs a distraction. Questions are being asked about his sudden trip to Walter Reed Hospital; no one believes it was because he had a lazy weekend with nothing else to do. Add to that, the campaigner-in-chief had just suffered two humiliating political defeats in gubernatorial races in Kentucky and Louisiana, where he had held multiple rallies for the losers and told crowds “you got to give me a big win.”

But there is no doubt he was happy to hear the prime minister and others on the Israeli nationalist, settler and religious camps sing his praises. The new U.S. policy is expected to lead to a spike in settlement construction in the years ahead, leading to increased pressure to annex more territory —something that could ignite new waves of violence and further isolate Israel in the international community. Already about 460,000 Israelis, two thirds of them religious Jews, reportedly live on the West Bank.

Ayelet Shaked, former justice minister and leader of Israel’s New Right Party, said the that the new U.S. policy opens the way to annexing all Jewish communities in the West Bank and the Jordan Valley, something on the agenda of Netanyahu and many of his right-wing partners.

New York Rep. Lee Zeldin, one of only two Jewish Republicans in the 116th Congress, hailed the decision and used the occasion to trash Obama, accusing him of having “stabbed…Israel in the back” by not supporting Netanyahu’s settlements policy.

On the left, Nimrod Novik, a former foreign policy advisor to Israel’s late  Shimon Peres, said America is “empowering our Messianic, annexationist minority” and that could mean Israel “losing its Jewish majority and democracy.”

The majority of American Jews support the two-state solution, oppose settlement expansion and fear annexation would take Israel down the road toward a binational state or apartheid, and away from one that is both Jewish and democratic. That would likely further widen the growing chasm between most American Jews and Israel and make peace between Israel and the Palestinians even more remote.

Following shout down of pro-Israel speaker, Vassar College calls out anti-Semitism
The vilification of Lt. Col. Alexander Vindman is definitely bad for the Jews