Who made the hamantashen? A modern tale of fortuitous interaction 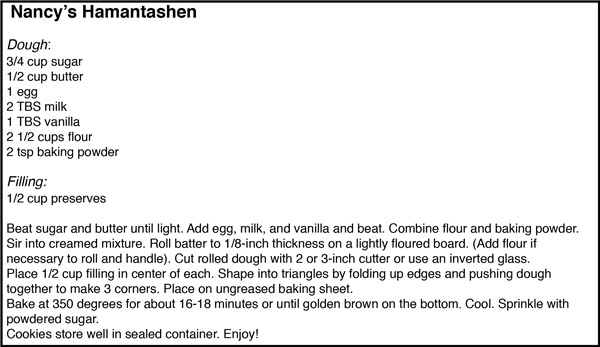 By MARILYN SHAPIRO
In May 2016, my husband Larry and I purchased tickets for a Flores de Mayo celebration sponsored by our community’s Filipino Club. I had met several of its members through my cardio ballroom dancing class, and they had hyped up the event for several weeks. “Lots of fun! Great music,” one of the organizers told me. “Just bring a dish to share with your table.”

A Social Gathering!
Although not familiar with Flores de Mayo, I knew of Cinco de Mayo, the Hispanic celebration held every year on May 5 that involved food and colorful costumes. We bought the tickets and made arrangements to sit with our friends Farida and Abdul whom we first met at a cocktail party for new residents of our 55 plus community.

Farida and I reconnected at the cardio ballroom class and struck up a friendship. She mentioned casually that she was involved in ballet when she lived in Egypt. One day, she shared a picture on her iPhone—a stunning portrait of her as Odette, a princess turned into a swan by an evil sorcerer’s curse in Tchaikovsky’s Swan Lake. Farida was not just any dancer; she had been a prima ballerina for an Egyptian ballet company. “Farida,” I commented,” you are a ballet dancer like Billy Joel is a piano player!”  Not only was she involved in dance, her daughter-in-law, a vibrant Hispanic woman, taught the cardio ballroom class.

I put the event on our calendar for the date in May and tucked the tickets away until I grabbed them on our way out the door to the program. When we arrived at the venue where the event was being held, the lobby was filling with women in elaborate Filipino costumes and men in suits. For a moment I thought I was at a formal ball. When we entered the ballroom, we breathed a sigh of relief. Everyone in the audience was dressed in Florida casual—tropical shirts and shorts for men and capris or skirts and nice tops for the women.

Melting Pot
We rushed to claim our two seats just as the formal program began. Filipino couples began filing into the room, each group behind a large icon of the Blessed Virgin Mary. No, Flores de 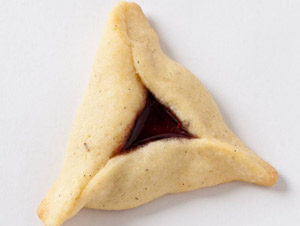 Mayo was obviously not related to the May 5 Hispanic holiday. Adapting quickly, we sat back and enjoyed the pageantry, the costumes, and the musical and dance entertainment that followed.

I later learned that Flores de Mayo is held each May in the Philippines to celebrate the Virgin Mary and concludes with The Santacruzan, which we had observed at the party. The ritual pageant, held on the last day of a religious Catholic celebration, commemorates the finding of the True Cross in 320 C.E by Helena of Constantinople and her son Constantine the Great, an emperor of Rome.

When the formal program was over, we were able to say hello to our tablemates. What struck me immediately was the diversity represented not only in the room, but also at our own table. Larry and I were enjoying a Filipino celebration of the Blessed Virgin Mary with Velma, our next door neighbor who was African-American; our friends who had emigrated from Egypt and whose son was married to our Hispanic cardio ballroom instructor; and our down-the street-neighbor Nancy whose last name indicated her husband’s Polish ancestry. We all unwrapped our “potluck” snack items: my hummus and chips; Velma’s fruit platter; Farida and Mohammed’s dukkah, a popular Egyptian dip made up of herbs, nuts and spices; and Nancy’s hamantashen.

Hamantashen?
“Nancy,” I asked. “Did you make the hamantashen?”

“I didn’t know you were Jewish,” I said.

“I’m not,” she said. “My mother got the recipe from her German neighbor.”

“And she was Jewish?”

“No,” Nancy said. “She was Christian like us. She told my mother that it was an old Russian recipe.”

So here were Larry and I, two Jews, at a table celebrating a Filipino Catholic holiday with an African- American, two Muslims whose grandchildren were half Hispanic, and a Christian who made the best hamantashen I had ever eaten. Who knew?

Purim Lots
The following March, I was in Colorado doing babysitting duty for my granddaughter during Purim. Larry called me to tell me that someone had dropped off a plate of hamantashen. He didn’t recognize the woman, so I asked him to describe her.

“She is a woman about your age and your height with grey hair,” he said.

“That describes half the women in our community,” I said. “Maybe it was someone from the Shalom Club.” I listed a number of names with no success.

It wasn’t until I returned that I realized who had dropped off the hamantashen. While getting ready for my cardio ballroom class that was being taught by the Hispanic daughter-in-law of my Muslim friend, I spotted Nancy in the back of the room.

“Nancy, did you bring hamantashen over to Larry last week?” I asked.

It didn’t matter. Nancy’s hamantashen, no matter what her background, are the best. And her hamantashen will be served in our home this Purim. Chag Samaech!

The U.S.-Israel honeymoon may not last…
Meet the Jewish teen from Maryland running to be governor of Kansas