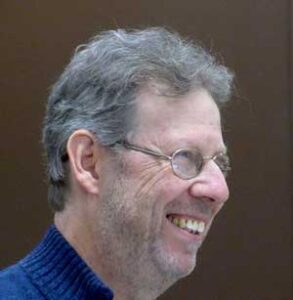 ALBANY–If the Hebrew Bible is the word of God, why are there inconsistencies and repetitions?  A course at B’nai Sholom Reform Congregation in Albany may provide many of the answers.

“Who Wrote the Hebrew Bible? (Or, How I Learned to Stop Worrying and Love the Documentary Hypothesis)” will be taught eight Wednesday mornings beginning April 22, 10-11:45 a.m. at B’nai Sholom, 420 Whitehall Rd., Albany.

This course will examine what traditional interpreters have said and what critical scholars and archaeologists have discovered. Using the so-called “documentary hypothesis,” which considers the Hebrew Bible to be the product of a deft weaving of multiple and identifiable sources, the class will discuss when and why certain books were written and edited in the ways they were and what may have been the historical, theological, political and social contexts in which this occurred. In addition, the course will cover the motivations and identities, as well as the main sources, of the various redactors. The class will also consider whether the Hebrew Bible may be more than the sum of its parts.

Steven Stark-Riemer, the course instructor, studied anthropology at City College of New York, where he specialized in archaeology, and received his degree in 1972. He conducted fieldwork at the Tell Gezer excavations in Israel under the direction of William G. Dever, director of the Hebrew Union College Biblical and Archaeological School at the time. Stark-Riemer continues to pursue his interest in the archaeology, history and religion of the ancient Near East.

The course is open to the public.  Fee is $54 ($36 for B’nai Sholom members), and registration is required. The B’nai Sholom office: 518-482-5283 or office@bnaisholom.albany.ny.us can provide details.

Opinion: Can Netanyahu Be Justly Prosecuted for Media Manipulation Crimes in a Democracy?
A 4th-generation Vermont Orthodox Jew is starting the state’s first Jewish day school