Study, Conducted Before the Pittsburgh Synagogue Shooting, Finds More Than 70 Percent of Jewish Americans Believe Anti-Semitism is on the Rise While Most Non-Jews Disagree 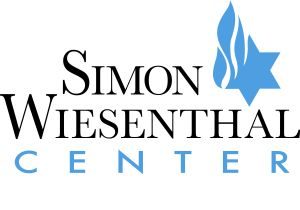 LOS ANGELES; October 31, 2018 –The Simon Wiesenthal Center (“SWC”) today released results from a September survey of nearly 2,000 registered voters – with an over-sample of nearly 500 Jewish voters – regarding their perceptions of the current political climate and its impact on American society. Particularly noteworthy in the wake of Saturday’s mass shooting at a synagogue in Pittsburgh is the finding that more than 70 percent of the Jewish respondents believe anti-Semitism is on the rise while only 30 percent of the entire polling group agrees with this assessment.

“The wounds from this unthinkable act of evil and hate are still raw,” said Rabbi Marvin Hier, founder and dean of the SWC. “The Jewish community and most other Americans are shocked and devastated, but the failure of society at large to see what most Jews have seen has led us to this very dark and frightening place. The world has done nothing about anti-Semitism in Europe, which has gotten worse in recent years, while the UN not gives terrorist groups like Hamas and Islamic Jihad a free pass, allowing them to indoctrinate children in UN-funded schools with messages that preach hate and glorify the killing of Jews. The Squirrel Hill tragedy must be a wake-up call that if we don’t confront anti-Semitism head-on, we’ll soon see in America what Europe has seen for years.”

The disconnect between Jews and non-Jews is especially stark when it comes to defining anti-Semitism or identifying it when it happens.

“While we expected that Jews would have heightened sensitivity, the contrast between Jews and non-Jews is both shocking and disturbing,” said Rabbi Abraham Cooper, SWC’s associate dean and director of global social action. “The awful tragedy in Pittsburgh is instructive. He left a long trail of overtly anti-Semitic language on social media that would raise red flags with even the most obtuse of observers. At the same time, he had other posts that would be far less easy to detect without a deeper understanding of the various dog whistles. Even with his most vile anti-Semitism online for everybody to see, he was still able to carry out his evil. Over time, we’ll learn why, but we must also realize that not everybody seeking to harm Jews will be so overt. Society must learn to detect the less obvious forms of anti-Semitism that many Jew-haters have become good at employing.”