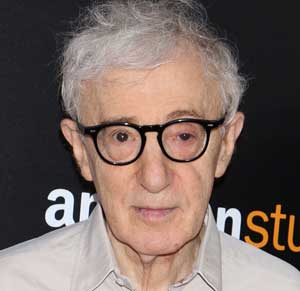 By MARCIE OSTER
NEW YORK CITY (JTA) – Woody Allen’s memoir was released Monday, March 23, less than two weeks after it was dropped by its original publisher.

Arcade Publishing published Apropos of Nothing,” The Associated Press has reported.

The Hachette Book Group had announced on March 5 that it would cancel the publication. The book had been scheduled for release in April.

Financial details of the Oscar-winning director’s deal with Arcade were not released, according to AP, and it is not known whether it will be released in Europe.

“In this strange time, when truth is too often dismissed as ‘fake news,’ we as publishers prefer to give voice to a respected artist, rather than bow to those determined to silence him,” Arcade Editor Jeannette Seaver said in a statement to AP.

Allen dedicated the memoir to his wife, Soon-Yi Previn, the adopted daughter of his former partner and co-star Mia Farrow. Allen and Previn, who is more than 30 years younger than her husband, had an affair while Allen was in a relationship with Farrow.

The tug of war over the memoir is related to a 1992 claim of sexual abuse by Allen’s daughter, Dylan Farrow, that resurfaced as the #MeToo movement gained steam. Allen has denied the allegations and was not charged after two separate investigations in the 1990s.

Last year, Netflix canceled a multi-movie deal with Allen and some of his former stars have distanced themselves from him.

In May, The New York Times reported that at least four publishing houses declined the memoir over the previous year, with some calling it “toxic” or declining to even read the manuscript.