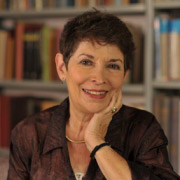 NEW YORK CITY (JTA) — Yad Vashem’s chief historian said recently that “we can live with” much of the joint Holocaust declaration by Israel and Poland that has come in for criticism, including from the U.S. Holocaust Memorial Museum.

Dina Porat in an interview with Israel’s Kan national broadcaster said the declaration should be changed but not canceled.

The declaration made earlier this month by Prime Minister Benjamin Netanyahu and his Polish counterpart, Mateusz Morawiecki, acknowledges collaboration by some Poles during the Holocaust and the rescue of Jews by others. It also states that during the Holocaust, “unfortunately, the sad fact is that some people – regardless of their origin, religion or worldview— revealed their darkest side.”

Porat told Kan that she consulted privately with both sides working on the declaration, though on a “voluntary, personal and confidential basis,” and not as a representative of Yad Vashem. She said she thinks she was able to “minimize the damage.” Porat said she offered to resign from her position at Yad Vashem after her involvement in the declaration came to light, but that Yad Vashem Chairman Avner Shalev rejected her offer.

The U.S. Holocaust Memorial Museum in its criticism said that the declaration “does not secure a future for Holocaust education, scholarship, and remembrance.”

The declaration was designed to end the diplomatic spat between Poland and Israel over a law passed in Poland’s parliament in February that criminalized blaming the Polish nation for Nazi crimes. Israel protested the law and Poland’s government subsequently softened it, adding an amendment that scraps the three-year prison sentence prescribed in the original legislation.

Newspapers in Israel, Germany and the United Kingdom published the declaration, leading to criticism from opposition leaders and historians in Israel and elsewhere.

The museum acknowledged in a statement that it has held public and private discussions with the Polish government.

“We appreciate the dialogue and hope that it will continue. But the recent amendment does not address our primary concern, which is the potential for intimidation, self-censorship, and politicization, rather than a shared belief in the need for an ongoing, honest engagement with the past,” the museum said in the statement.