Have Arabs been in the area west of the Jordan River from time immemorial?

In 1881, Arthur Penrhyn Stanley, a leading British cartographer and Dean of Westminster Abbey, reported that “in Judea it is hardly an exaggeration to say that for miles and miles there was no appearance of life or habitation” (Sinai and Palestine in Connection with Their History, New York 1895, pp. 184-186).

The Egyptian immigration
According to Arieh Avneri, a ground-breaking historian of Arab and Jewish migration to Palestine (The Claim of Dispossession, 1980), during the Egyptian conquest (1831-1840), “there was a limited influx of some thousands of [Egyptian] immigrants, whom Ibrahim Pasha [the ruler of Egypt] brought in to settle the empty stretches of the country. Before them, a goodly number of Egyptians had fled Egypt, seeking to evade the military draft…. They sought sanctuary with the governor of Acre, who granted it readily.”

The French-Egyptian scholar, Muhammad Sabry [The Egyptian Empire under Mohammed Ali and the question of the Orient, 1930], confirmed that “the Governor of Acre encouraged the migration of fellaheen [peasants] from Egypt and gave them shelter…. In 1831, more than 6,000 fellaheen crossed the Egyptian border…. After he conquered Palestine, not only did Mohammed Ali [Ibrahim Pasha’s father] refrain from sending back the draft evaders to Egypt, but he sent new settlers to consolidate his rule…. The Egyptian ruler also brought the Bedouin slave-tribe, Arab ed-Damair….”

Avneri highlights (ibid.) many documents published by the British Palestine Exploration Fund.  For instance: “Most of Jaffa was made up of Egyptian-populated districts…. Philip Baldensperger [a renowned anthropologist] stated that in 1893, the inhabitants of many villages in the southern part of the country [between Gaza and Tulkarem] were of Egyptian origin…. The dwellers of some parts of the south were originally brought to Palestine from Libya…. Hundreds of families of Egyptian origin accompanied the conquering forces of Ibrahim Pasha…. Similarly, in the cities of Samaria and Judea there are hundreds of families which, to this day, are named Masri [the Egyptian]…. Before WW1, Egyptian laborers worked on the reclamation of the swamp-lands…. Egyptians participated in the laying of the railroad tracks from Jerusalem to Jaffa, and thereafter remained in the country….

Additional Arab/Moslem migrants
Avneri adds (ibid.) that “in 1856, the French [conquerors of Algeria] permitted Abd al-Qadir al-Husseini [the leader of the anti-French rebellion] to leave Algeria together with some followers. Some went to Syria and others to Palestine…. These immigrants were called Mughrabis [originating in the Maghreb, North Africa]. They founded four villages in the Lower Galilee…. Quite a number of Mughrabis settled in Safed, and probably in Tiberias….

“In 1914, Masterman [British Palestine Exploration Fund] described the Moslem population of Safed as being of mixed origin.  One of the neighborhoods was called Hareth el-Karad, which denotes a population of Kurdish origin…. Half of the Moslem population of Safed were Mughrabis…. Other Moslem Arabs were immigrants from Damascus and Bedouins from the Jordan Valley…. In 1893, Baldensperger wrote [British Palestine Exploration Fund Quarterly] about the Mughrabis of Jaffa…. The Persians, Afghans, Hindus and Baluchis were engaged in commerce….

“In 1878, the Ottoman Sultan, Abd el-Hamid took under his protection Circassian refugees who had fled the Christian-Russian rule in the Caucasus.  Many settled in Jordan.  Others settled west of the Jordan River in Kafer Kamma, Sarona and Reihaniya.  Some Moslems from Bosnia also found refuge in Palestine and settled near Caesarea… Laurence Oliphant [a British traveler, author and diplomat] wrote about one of the Turkoman tribes that pitched their black tents near a Circassian village, arriving from the mountains of Iraq…. In 1908, a group of Arabs arrived in Jaffa from Yemen and settled there….

“In 1878, Claude Reignier Conder [British Palestine Exploration Fund] reported that the large Jezreel Valley was the refuge of the Bedouins whenever war or famine threatened their existence in Jordan…. In 1870, only a sixth of the lands were ploughed, because the valley was occupied by Bedouins…. The same phenomenon occurred in the southern part of the country [e.g., from the Hebron area and southward]….

Infrastructure projects enticed Arab immigration
Avneri adds (ibid.): “The building of the Jerusalem-Jaffa railroad [inaugurated in 1892] employed many local and outside labor.  The Belgian company that built the railroad imported Egyptian laborers, many of whom remained in the country.  At the start of the 20th century, work on the railway track between Haifa and Dera’a [in southwestern Syria] began. At the outbreak of WW1, the Haifa-Nablus railroad was launched…. Many workers were imported from neighboring countries….

“In 1880, Haifa was a small town of 6,000 souls. In 1910 it tripled to 18,000 inhabitants, of whom 15,000 were Moslem and Christian Arabs. Many of the newcomers were from Lebanon and Syria….  Jaffa developed as a port city… through which passed pilgrims…. Some of them remained in Jaffa. Jaffa’s population doubled during 1890-1910, numbering 43,000 of whom 30,000 were Moslem and Christian Arabs.  Also, a large number of pilgrims from North Africa settled in Jerusalem amidst their countrymen, who arrived in earlier times….

“The rapid population growth in Jaffa and Haifa (following the British victory in WW1) was, in large part, due to the influx of many Egyptian laborers, policemen, contractors, foremen and businessmen, who accompanied the advance of the British Army…. The building of the railroad to Qantara on the Egyptian border employed thousands of Egyptians, many of whom preferred to settle in Haifa….

“The British authorities preferred Egyptian, Syrian or other foreign Arab laborers [ e.g., Sudan] – over Jewish immigrants – when it came to erecting military bases, operating quarries, paving roads and the construction of the port of Haifa….  During 1919-1922, the Arab-Moslem population grew from 515,000 to 590,000, largely, due to Arab immigration….

“The years 1932-1936 were marked by unprecedented economic prosperity… and a considerable influx of Arab immigrants….

“The outbreak of violence that occurred from time to time [against Jews and intra-Arab], especially during 1936-1938, drew thousands of Arab mercenaries from the neighboring countries…. Many mercenaries remained in the country….”

“In 1942, during WW2, there was a severe labor shortage in Palestine…. The British Mandate issues emergency regulations permitting the British Army to bring laborers from Arab countries….

In conclusion
Prof. Efraim Karsh of the Bar Ilan University and London King’s College, features a report by the British Peel Commission (Palestine Betrayed, 2010): “during 1922-1931, the increase of Arab population in Haifa, Jaffa and Jerusalem was 86%, 62% and 37% respectively.”

Thus, contrary to Palestinian claims, Arab residents west of the Jordan River (Judea, Samaria and pre-1967 Israel) are not descendants of the Canaanites, but of recent Arab migrants.

Moreover, in defiance of a myth advanced by the Palestinian Authority, Palestine has not been Arab/Moslem from time immemorial.

In fact, since the Greek Empire era (5th century BCE), the term Palestine (Palaistine) referred to the Land of Israel, directly linked to the People of Israel.

Marilyn fights schadenfreude and reviews reaping what is sown; Trump sick with COVID 19 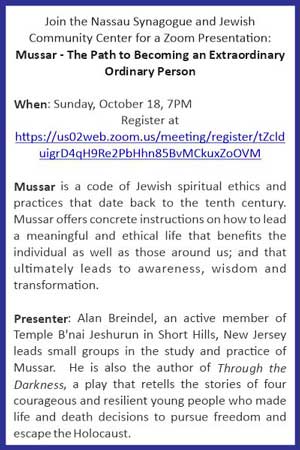